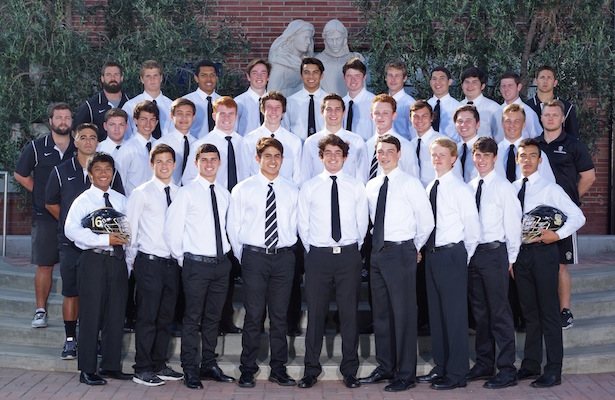 Eight was not enough for Kyle Cartwright, but nine was plenty.  Cartwright picked up his ninth point (5 goals, 4 assists) of the game when he assisted on Adam Armienta’s overtime goal to complete a thrilling Servite High School come from behind 15-14 win over Marina High School.

With the score tied 7-7 after three quarters, the two teams ignited the offensive fireworks in the final 12 minutes.  The Vikings seemed in control when a Matthew Rivas goal put them 14-10 with 3:34 to play.  Apparently the Friars did not get the memo declaring the situation hopeless, and  they staged a furious comeback with goals from Austin Felix, Cartwright, Chase Anderson, and Trevor Branca in the final three minutes to force the overtime.  Branca scored his goal with only three seconds left in regulation.

Marina (0-3) looks to get their first win against El Dorado on Tuesday.