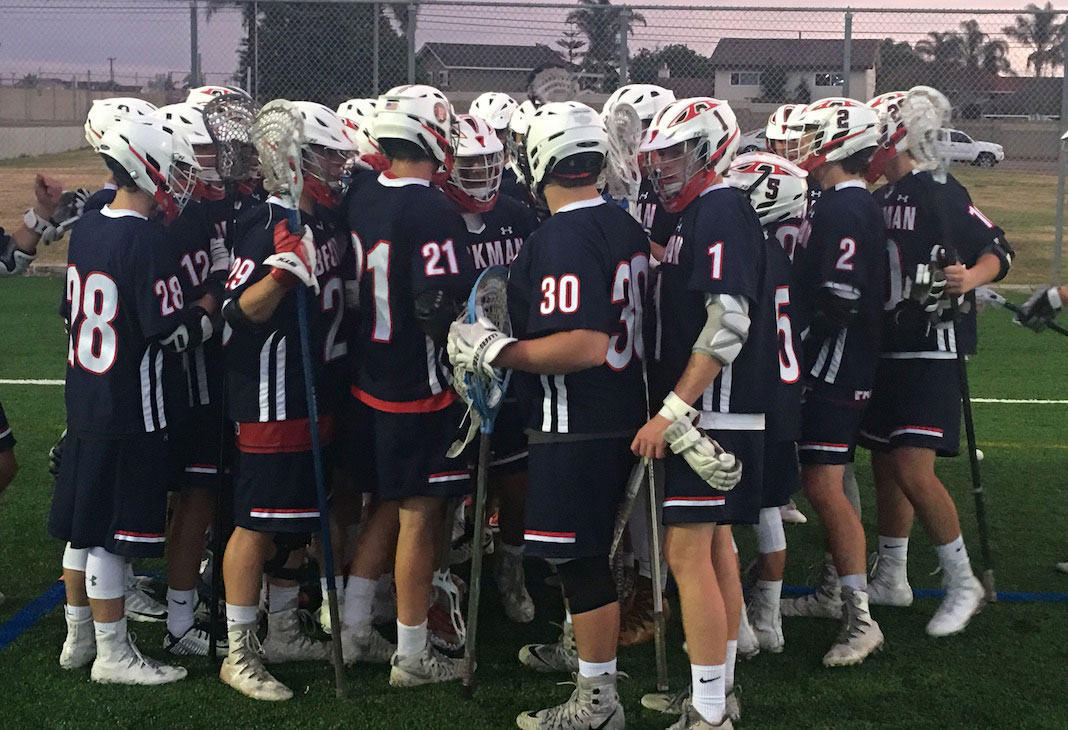 Carter had the most goals but he was far from the only Patriot to find the back of the net. Gavin Dankert (3G), Ethan Edwards (2G), Jacob Sanders (2G), Jason Cheng (2G), and Max Cody (1G). Spencer Thomson helped the offense with 3 assists.

The defense and specialists also did their share to make sure the offense had plent of opportunities.  Beckman played solid defense all evening. Notre Dame commit, Justin Cheng, had a big night with 12 groundballs, 8 caused turnovers (CTOs), and 1 goal. Kenton Wilson had 2 GB’s and 1 CTO. Josh Carter and Alex Gillman each
contributed 1 GB and 1 CTO.

Coach Matt Cannone said “It was a great team win by our guys, we were able to win big 50-50 ground balls early that allowed the offense to go to work. We had a big game from Justin Cheng starting off the scoring from the first faceoff”.