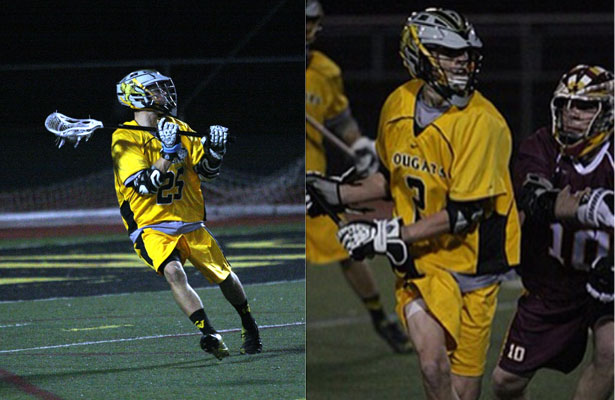 Slobom will be playing his third year of varsity lacrosse in 2015. He was a second team all league midfielder in 2014. Having been recruited to play lacrosse at Aurora University in Aurora, Illinois, Sam will be majoring in Exercise Science. Coach Gerbershagen: “Sam is a returning starter at midfield and nobody works harder on his game. He sets a good example for his teammates about working to improve year round and always competing on the field.”

Berk is a 4-year varsity starter at Capo. He was first team all Sea View league attackman last year. He plans to major in mechanical engineering but has not selected a college yet. Coach Gerbershagen: “Blake has been a varsity captain since his sophomore year, which speaks to his talent and leadership skills on and off the field. Blake is the consummate student athlete.”