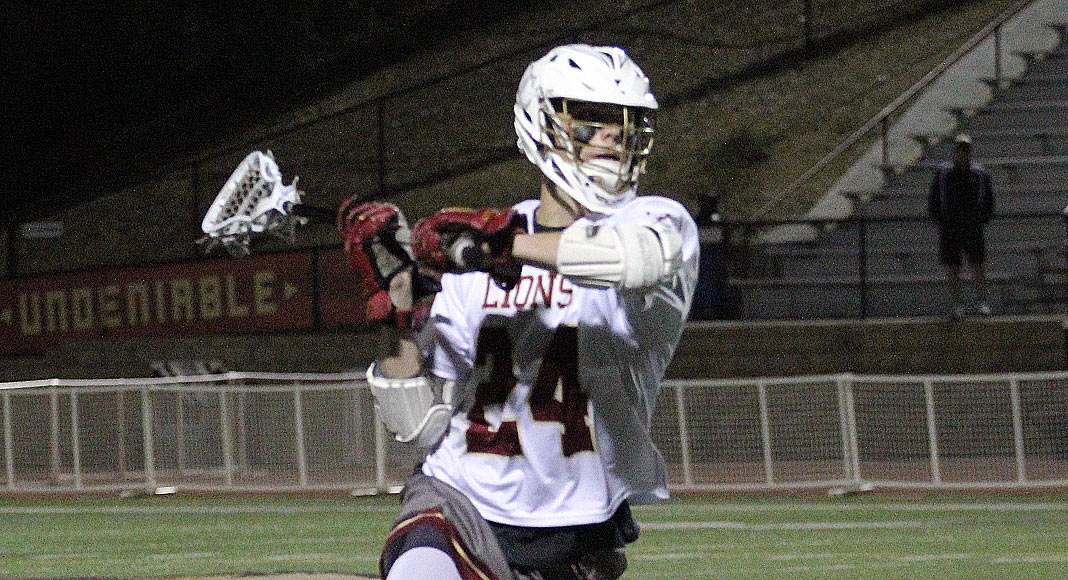 Carson Campbell sprinted out of the substitution box, took a pass from Cort Rogers and drilled the game-winning goal with 1:31 left in the third overtime Friday night, lifting No. 5 Oaks Christian to a 7-6 win over visiting No. 7 Agoura.

It was the third consecutive overtime game between the Marmonte League opponents. Last year, Agoura beat the Lions lost in overtime twice.

Friday, the Chargers (4-3) led 2-0 after one quarter and 3-2 at halftime, but three goals from Oaks Christian’s Cade Rogers in the third period brought the Lions (5-1) even at 5-5 heading to the fourth.

Regulation ended 6-6, and it stayed that way through two back-and-forth overtime periods and most of the third.

With roughly 1:40 to play in the third overtime, Agoura’s Douglas McCarthy dodged from X and threw a pass into the crease. Oaks Christian senior goalie James Vils knocked the pass down, though, and senior defender Tommy Redell came up with the ground ball.

On the ensuing clear, Vils hit middie Nate Lenthall, who carried it down the right alley and passed off to Cort Rogers, who in turn hit Campbell coming out of the box for the game-winner.