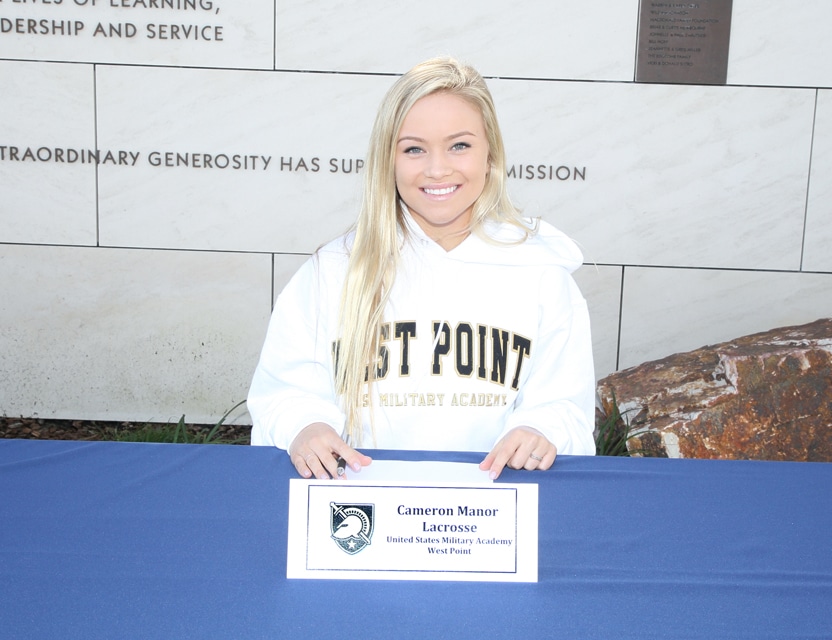 Manor, a member of the No. 2-ranked 2016 Tartan girls lacrosse squad that finished 14-2, was also named as a First-Team All-Orange County selection in 2015 and 2016. She was also selected to the Orange County team that competed at the U.S. Lacrosse National Tournament in 2014 and 2015.

Manor has volunteered her time as a tutor for Breakthrough San Juan Capistrano since 2013 and embarked on a missionary trip to Rwanda in central Africa in 2013. She intends to major in Pre-Med or Military Intelligence at West Point.