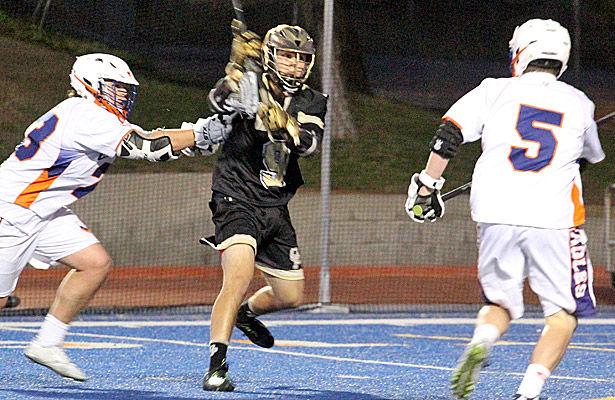 The Sea Hawks actually jumped out to a 3-0 lead in the first quarter, but the Eagles shook off the long bus ride and rattled off seven unanswered goals by the end of the first quarter and nine in a row before Redondo scored again. The Eagles led 15-4 at halftime.

Freshman Tyler Bradbury had four goals and three assists for Oak Park, and Bulko (pictured vs. Chaminade earlier this week) added one assist and Julius had two.

Oak Park (3-6) has won three of its last four after an 0-5 start. The Eagles are host to Heritage of Denver, Colo., on Saturday. Heritage beat Oaks Christian 7-6 on Thursday.

Redondo (0-7) still is looking for its first win under first-year head coach Jesse Cox. The Sea Hawks are off until March 30, when Simi Valley visits.