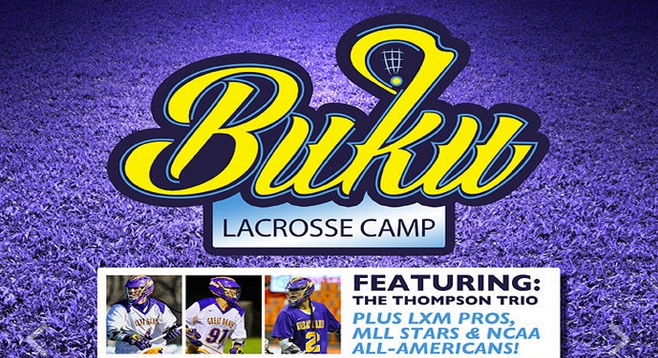 The Thompson Trio, brothers Lyle and Miles Thompson and their cousin Ty,  are coming to Orange County June 6th, 7th, and 8th to coach at a Buke lacrosse camp.

The Thompsons, who have become houseld names because of their wizadry on the lacrosse field, make up the entire attack unit for the University of Albany, the most productive offense in college lacrosse. Lyle holds the record for most points in a season in college lacrosse history. Miles is not far behind with third most in lacrosse history. There has never been such a dynamic pairing in the game and Buku Lacrosse is bringing them west to share their talents with southern California lacrosse community.

The coaching staff covers specialist in every position of the game and includes multiple MLL and LXM Pro’s along with top players from the collegiate level:

Plus help from Face-Off Factory

ALL POSITIONS ARE WELCOME!