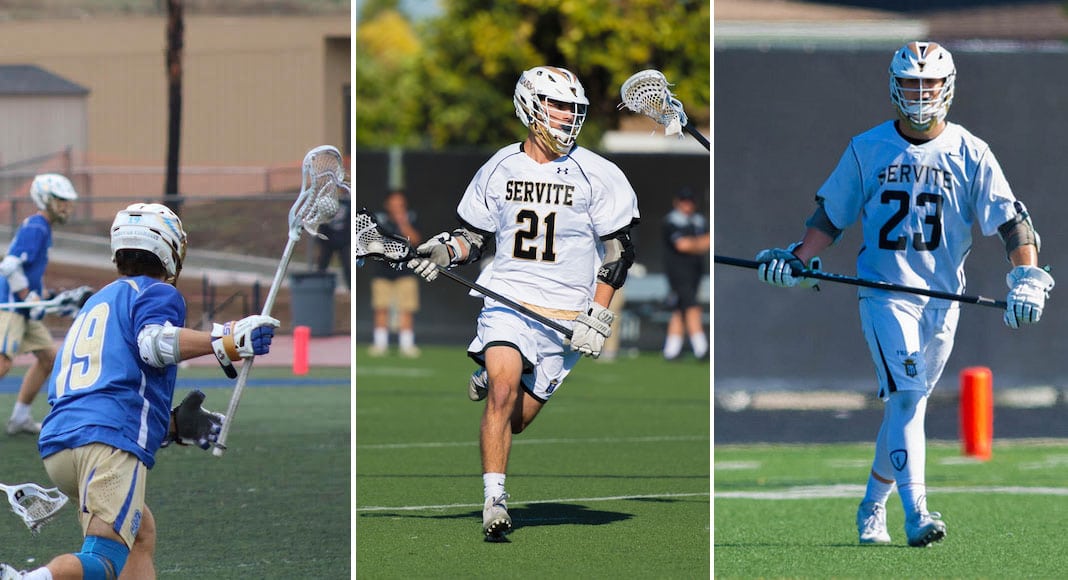 Trinity League rivals Santa Margarita and Servite came up with some big wins last week, signaling that both teams are heating up for the final stretch of the regular season.  Santa Margarita’s Quentin Buchman, and Servite’s Alex Paz and Hayden Rodenbeck all stepped up with big plays during the week to lead their teams and earn Player of the Week Honors.

Buchman showed Northern California what we already know down here – he can play. Buchman recorded a hat trick against Amador Valley, four goals against Bellarmine Prep, and another hat trick against Sacred Heart Prep.

Paz had a Spring Break breakout for the Friars. The junior midfielder was good for 14 points in three games against out of state competition last week . He had two points against Notre Dame Prep, eight against Salpointe (6g, 2a), and four against Mt. St. Joseph’s (3g, 1a).

Servite captain Hayden Rodenbeck has been outstanding for the Friars’ all season long. The senior defenseman has not only given opposing teams headaches, but will also provide high activity on the offensive end. He scored six goals last week including the game-winner in against Mount St. Joseph.