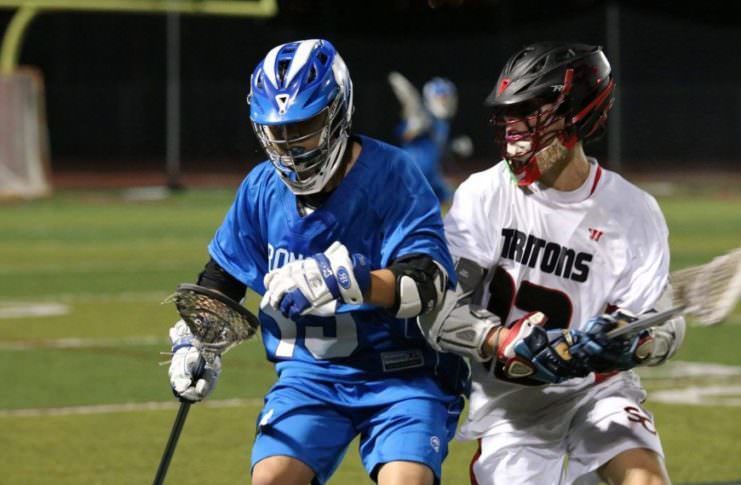 The Rancho Bernardo boys lacrosse team visited Thalassa Stadium on March 9, for a non-league game against the San Clemente Tritons.

The Broncos responded. A Duncan Copeland solo shot, followed by a Sam Dooley-to-Cole Giles goal brought Rancho Bernardo to within one, halfway through the first quarter.

But that was as close as the Broncos would get. Triton Air Force commit Nick Lemus took control, morphing into an offensive juggernaut. A Lemus thread-the-needle assist to Wilson, followed by a Lemus laser solo shot, then a Lemus-to-Wilson score, then two more Lemus solos put the Tritons up by six before halftime.

San Clemente pulled away through the second half. Final score: Tritons 15, Broncos 6.

The Broncos were led by Giles and Copeland with 2 goals each. Matt Ralph and Shane Modlin also scored. Dooley pitched in with an assist. Noah Naigan and Mike Fitzgerald garnered 2 gb’s apiece. Quinn Mayer and Zach Holm split work in the cage, each coming up with 5 saves.