A British invasion hit Orange County girls lacrosse this month when the girls lacrosse team from Brenenden School in Kent, United Kingdom — as part of a global lacrosse tour that ended up in Australia — played a series of high school matches in Orange County earlier this month.  The visit gave girls from Foothill, Tesoro, and Trabuco Hills their first taste of international play.

** Trabuco Hills Varsity and Brenenden were knotted in a low-scoring match well into the first half before the Mustangs took control and won, 11-1.

“It was such an awesome experience, not only for me, but also for the girls,” said Foothill Coach Jocie Case. “They have such a talented team, it was great competition. They definitely gave us a run for our money!” 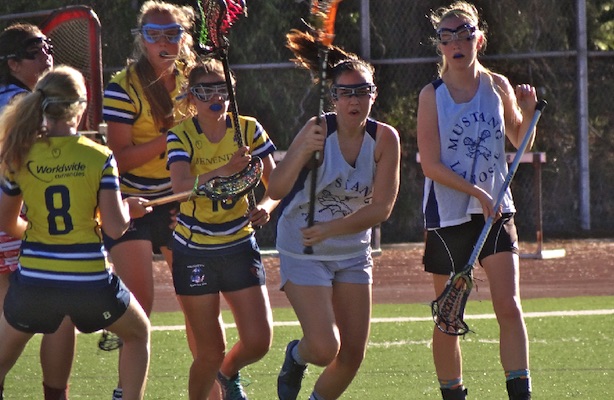