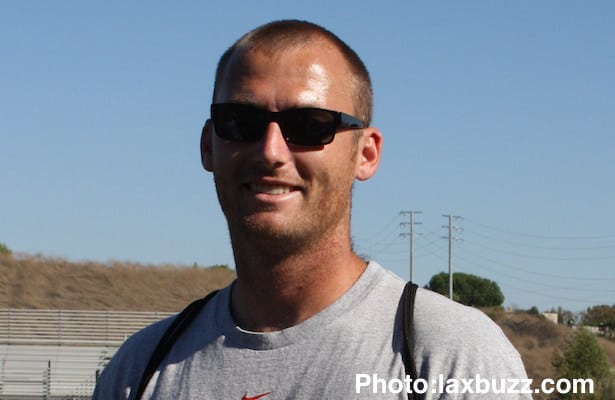 Brian Dunn has been named the head coach at Tesoro High School.   Dunn will be assisted by Tesoro alum and Salisbury University All-American Knute Krause.  Dunn and Krause take over a Titans program that is looking to rebound after a 6-12 season last year.  The Titans won three consecutive South Coast League titles from 2012 through 2014.

Dunn played high school lacrosse at Corona del Mar High School where he helped to start the high school program.  He then moved on to Chapman University where he played in two MCLA National Championship games.  Following graduation from Chapman Dunn returned to CdM to coach the JV team.  He then took over at Huntington Beach High School from 2010 until 2015.  While at Huntington Beach he led the Oilers to the first winning season in 2010 and the Sunset League championship in 2013.

Kraus graduated from Tesoro in 2011. He then moved on to Salisbury University where he won a Division III national championship his freshman year and was a two-time captain for the Gulls. Kraus was named the William C. Stiles Memorial Outstanding Defensive Player, as the best close defender in the country in his senior year.  He  was also a First Team All American his senior year, a Second Team All American junior year, a two-time All-Capital Athletic Conference First Team honoree, and three-time member of the Capitol Athletic Conference All-Academic team.