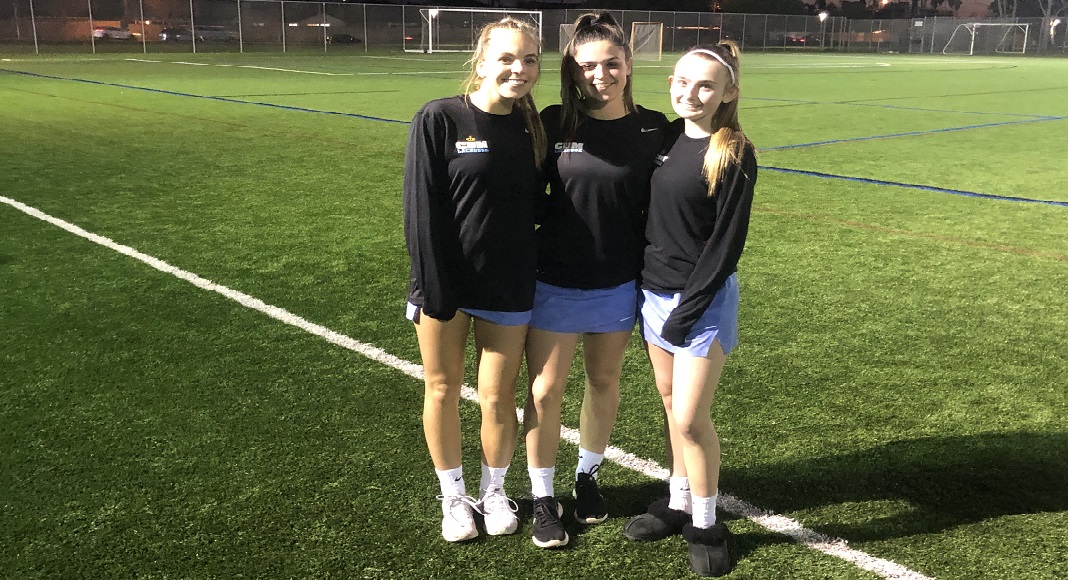 A little bit of history was made on Thursday when Corona Del Mar defeated Edison 11-5 in the Sunset League’s first-ever girls’ lacrosse game at Edison High School. The Sea Queens were led by Caroline Brewster who had five goals.

“We have had a really tough schedule so far and I think in those tough games we’ve really learned a lot. It allows us to enter a game like this and put all those things we’ve learned into play and I was really proud of my team for making those changes over the past five games,” Sea Queens first-year coach Jessica Murray said.

The Sea Queens came out strong but could not shake the dogged Chargers in the early going. Brewster scored two unanswered goals to give the Sea Queens a 4-2 lead about mid-way through the first half but Edison stayed in hot pursuit. The Chargers twice drew within one goal, but each time the Sea Queens answered back to make the score 6-4 in favor of the Sea Queens at halftime.

The Sea Queens pulled away in the second as the defense stiffened and the offense scored the next four goals.  The Chargers didn’t get their first goal of the second half until the 9:22 mark to draw to within 10-5 and that would be as close as they would get. But after that goal, the Sea Queens still led 10-5 and eventually won the game.

“Paige stepped up big time today. I think she stepped up on attack and went hard at the cage and I think that gives her confidence, which I love to see,” Murray said.

For the Chargers, Ali Bryant led the way with two goals while Annie Cavener, Blakely Malpass, Gwen Ontiveros and Savanna Buyan each had one goal. Keena Colamonico made six saves for the Chargers, who despite being only in their second season as a varsity program, earned praise from Murray.

“They’re a good team. I feel that they definitely are good competition,” Murray said of the Chargers adding that they played the Sea Queens tough.

The Sea Queens improved to (3-3, 2-0) after winning a scheduled game against Laguna Beach by forfeit last week.  They host Santiago (4-1) on Saturday. The Chargers’ (7-2, 0-1) travel to Laguna Beach on Thursday.