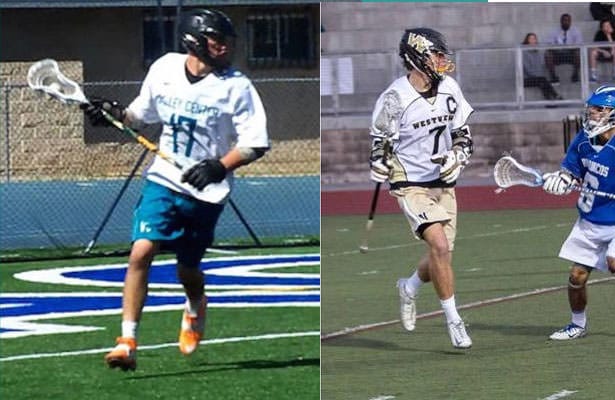 Jason Brewster (Valley Center High School), and James Nagro (Westview High School) were recently introduced with a dozen other newcomers as UMBC Retrievers by head coach Don Zimmerman.  Brewster and Nagro are joined by Kennedy Solomon (J Serra Catholic High School) to make it three Southern Californians in the class.  As noted below all three Californians excelled on the field and in the classroom during high school.

Brewster was a four-year varsity standout for Valley Center and was selected as the 2014 Valley League Player of the Year after his junior season.  He was a three-year varsity captain for the Jaguars and graduated with an outstanding 3.9 GPA.

Nagro earned All-Palomar League Honorable Mention honors in 2013. In 2014, he was named Second Team All-League. The two-sport athlete also played tight end and wide receiver on the football team.  Nagro earned a 3.8 GPA at Westview and is looking to major in engineering at UMBC.

Solomon earned All-County honors as a junior in Orange County. He was also selected to represent California on the national team, which competed in various summer tournaments across the country.  Solomon was chosen to the 2015 Adrenaline North-South All-American game.  He achieved an outstanding 3.8 GPA at the prep level and is looking to pursue a career in physical therapy and sports medicine.

“We are pleased to welcome an outstanding group of student-athletes into the UMBC Lacrosse Class of 2019,” said  Zimmerman. “We believe this group is a terrific blend of character and ability. Academically, these incoming freshmen are very strong which will serve them well as they begin the challenges that await them. When united with our 28 returners, we expect 2015-16 to be an exciting year for Retriever lacrosse!”