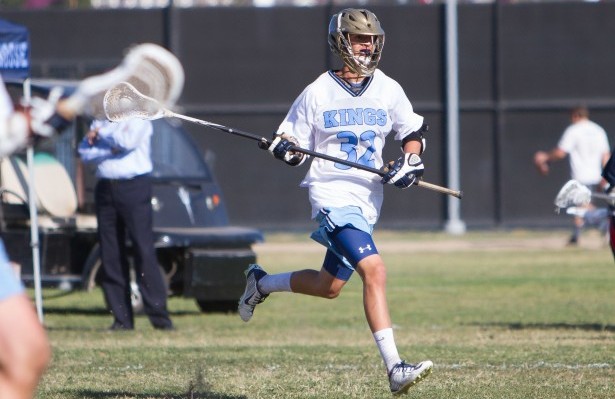 Led by Coach Seth Cohen, Loyola enters the championship game boasting a record of 19-4, including an early season win over St. Margaret’s and an overtime win in the semifinal vs. Palos Verdes. Look for senior captain Sean Smith to lead the Cubs attack when the game gets close, the Connecticut College commit scored the game winner against Palos Verdes.

A first midfield line with plenty of firepower will complement the Smith-led attack unit. Jonathan Partamian (Syracuse) and Ryder Mora (Maryland) will be lead the midfield.  Partamian and Mora can both rip from long range, so CdM goalie Nick Guizan will have to be ready at all times. While Loyola’s offense is certainly a strength, they will have no problem relying on their defense to make big stops when it matters. Senior defender Tommy Riley will anchor a defense that has not given up more than 11 goals, even in losses. Alongside Riley will be Nick Mohler, a junior committed to St. Johns. Senior LSM Max Neblina will have his hands full all night, likely in charge of covering the Sea King’s Stephen Von Der Ahe. Behind the stingy Cubs defense will be Joe Theuer, a senior and All-American goalkeeper. Standing behind a defense that often runs a zone, Theuer is very comfortable seeing shots from space. Will this be the team that wins LA its first Southern Section Championship?

Looking to prevent that from happening is the Corona del Mar Sea Kings. Coached by G.W. Mix, The Sea Kings enter the game with a 20-1 record including 2 wins over St. Margaret’s, and one apiece over Foothill and La Costa Canyon. The Loyola defense will have a tough time deciding which Sea King to cover with their long poles because CdM’s offensive talent runs deep.

Leading the midfield for the Sea Kings is senior sharpshooter Von Der Ahe; look for him to challenge Theuer from the outside and in man up situations. Alongside Von der Ahe will be junior dodgers Will Favreu and Ryan Meckler. The shifty middies had big games against St. Margaret’s in the OC championship, Favreu tallying four goals and Meckler taking home the MVP hard wear. Senior captain Jordan Greenhall, who scored four goals vs. the Tartans in the championship, will lead the attack unit. Junior Sachin Gokhale and sophomore Eric Fries will accompany him.

On defense, the Sea Kings will rely on St. Joseph’s commit Jordan Pakzad, Matthew Truninger, and Jack Denning to hold the Loyola attack in check. LSM Brennan Greenwald will have the task of guarding either Partamian or Mora, and it should be interesting to see if CdM decides to double pole the midfield. Behind the defense stands senior goalie  Guizan. Guizan was clutch against the Tartans, making 3 of his 5 saves in the fourth quarter. Look for him to be clutch again tomorrow night.

The biggest “X” factor of the night will of course be CdM’s senior face off specialist, and Brown commit, Jason Simaan. Possession and the ability to strike quickly and go on runs is strength of CdM’s thanks to Simaan.  How big of an impact Simaan makes could be the difference maker.

Whatever the matchups turn out to be, it’s sure to be a great game this Saturday night.