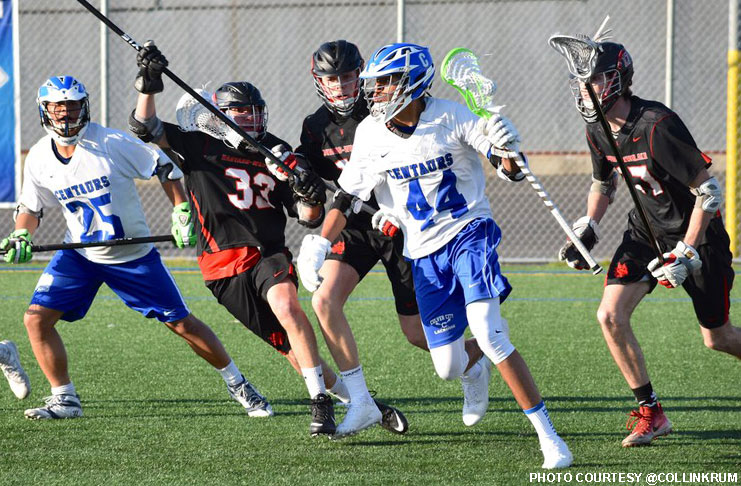 Third-ranked Harvard Westlake ripped off six unanswered goals in the third period to break open a 1-1 game and went on to beat host No. 20 Culver City 9-3.

Fifth-ranked Thousand Oaks raced to a 10-0 lead after one quarter behind four goals from Nick Riggio and three from Spencer Whinery and went to beat host Los Alamitos 22-9. Los Al was ranked No. 11 in the Orange County preseason coaches poll.

Riggio finished with six goals for the Lancers, and Zac Asbury scored five. Whinery and Will Dutton each scored three, and Sage Molina scored one. — via @TOHSlacrosse

Hamilton scored the game’s first goal and was within 5-3 after the first quarter, but Peninsula went on an 8-2 run to all but the game out of reach.

Eleven different players scored for Valencia, led by senior Brendan Barry (5g, 1a) in a 19-11 opening-game win at Cate. Senior Alan Lin, who is committed to Whittier, had two goals and three assists, and sophomore Evan Dean had three goals and three assists. Junior goalie Lucas Propst made 13 saves in the game. — via Coach Mark Bell