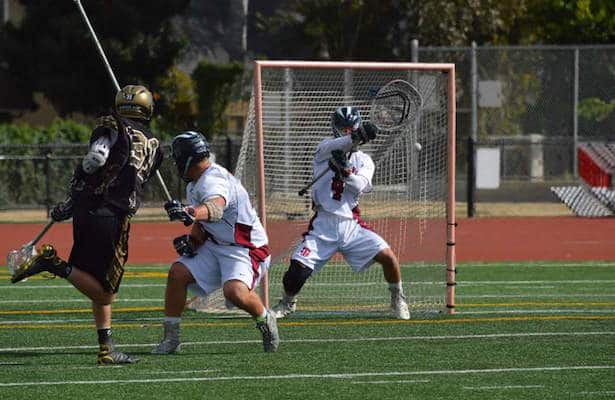 St. Margaret’s Episcopal School junior goalie Payton Fales spent the first week of the season confirming what most people already suspected; the Tartans are a better team when he is between the pipes.  Fales missed much of last season with an injury, and not coincidentally, the Tartans went into a skid while he was sidelined.  With Fales saving 66% of the shots he has faced and recovering 5+ groundballs per game,  the No. 5 Tartans are off to a solid 2-1 start in 2015.  Their only loss has been to No. 1 Foothill High School, a game in which Fales turned away 19 shots from the high powered offense with two D1 recruits on attack.  The athletic Fales is more than a shot blocker; his pinpoint outlet passes are a key to the Tartans’ transition game.