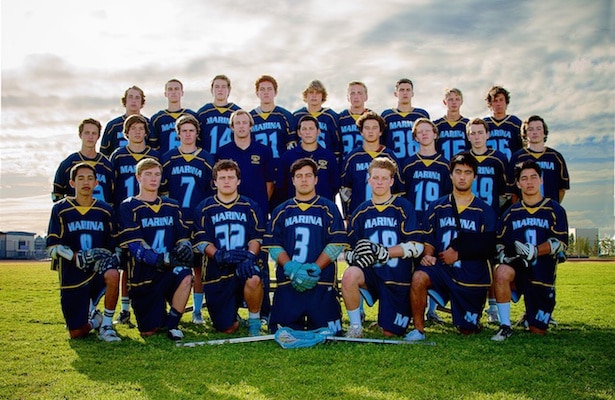 In his first season as a head coach, Marina High School boys lacrosse coach Nick Dallas led the Vikings to three Sunset League wins, a program best. The rise of the Vikings makes the Sunset League one of the most competitive in the County.

Players that return with honors

Other Players to Watch

What You Should Know

Marina proved they are ready for the rigors of the Sunset League schedule by defeating Huntington Beach and Los Alamitos last season.

15 seniors hope 2016 is the year that Marina makes it to the playoffs for the first time.  According to Dallas, in order for the Vikings to make the playoffs or have a successful year, they need to have mentality, spirituality and physicality.

“We just need to take it one day at a time, hone our skills and stay persistent,” Dallas, who won the Sunset League’s coach of the year last year, said.

Arent, whose brother David was also a standout lacrosse player for Marina, led the Vikings in goals last year with 22 and assists with 19.

Villescas, who has committed to Concordia University of Wisconsin, was second in goals last year with 21. Villescas was also an all-league second team pick.