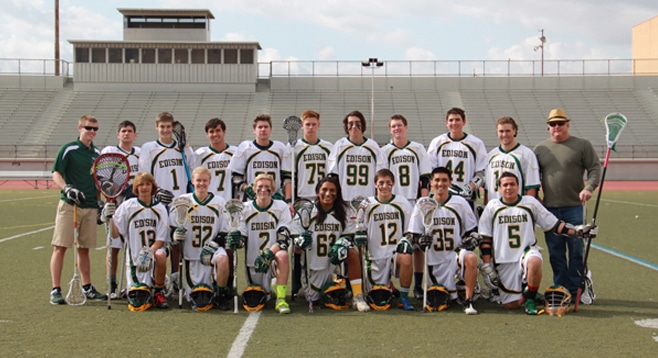 In just their third year of CIF play, Edison hung tough with the big dogs of the Sunset League last season.  Are they ready to take the next step in 2017?

What you should know: In terms of the Sunset League, the two words that describe Edison would be “right there.” Despite going 2-6 in Sunset League play,  Edison kept the scores close against its Sunset League opponents. Last season, Edison suffered three league losses by two goals or less. The Chargers lost 8-6 to Marina at home, 9-7 to Los Alamitos on the road and 10-9 to Huntington Beach on the road in overtime.  They also remained competitive with Newport Harbor, the league champs, losing by four goals both times last year (11-7 at home and 8-4 on the road).

While there were a lot bumps in the road for Edison last year, there was a positive from last year. The Chargers beat city rival Huntington Beach 9-7 at home, marking the first victory over the Oilers in team history.

The competitive nature of the Sunset League, seems to have sharpened Edison for non-league play.  The Chargers went 5-3 in non-league play, outscoring their opponents by an average of over eigth goals in those five wins.