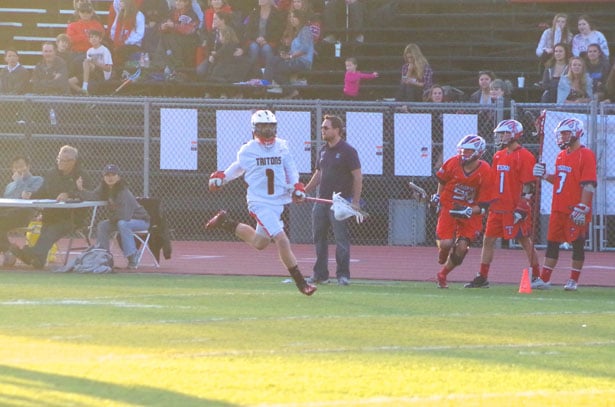 San Clemente rising junior goalie Austin Boyer was selected to play in the All-Star game this past weekend, June 15th at the 9th annual Denver Shootout.

The Denver Shootout has grown to be one of the most well-respected tournaments in terms of skill set, location (Dick’s Sporting Good Park), and respect among college coaches. This year, the tournament played host to coaches from more than 60 NCAA DI, DII, and DII, MCLA DI, and DII schools, 4,000 players, and over 150 teams. Boyer, playing for 3d SoCal, was the only representative from Orange County on any all-star roster.

Coach Mike Hutnick saw what led to Boyer’s nomination first hand, “He played well all weekend and Saturday played out of his mind! During the all-star game he made a handful of stops and could be heard directing his defense across the field.”