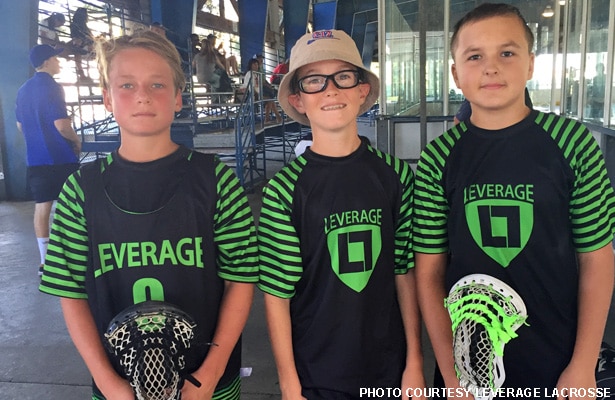 “The Black team is executing at a very high level,” Leverage coach Chris Jewett said of his U13s. “Coach Jesse Cox and I are very impressed with the way this group shares the ball, as well as with their transition game.”

Dragons Green is made up of sixth-graders and has had trouble at times matching up against bigger, older players in the U13 division.

“We ran into a strong Leverage team and never really got into a rhythm,” Dragons coach Matt Cannone said. “The offense struggled to put up many points. Austin Sauter stood up to a flurry of shots in goal and had a solid game to give the Dragons a chance.”

Dragons 8, Black Cat 2
“Our JV kept the train rolling after last week’s bounce-back. The offense was composed and moving, which allowed them to put up points. Mac MacLean had a strong game on offense, along with Mason Carter. We also played aggressively, while staying out of the box, which allowed us to push transition. Gabe Fried played well in goal, recording his first win of the box season.”
— Matt Cannone

Trident Orange 14, Dragons 6
“We lost a tough game to Trident, even though we had Mac Houston in goal. It just wasn’t enough. Our D played hard but ran out of gas and was not able to close the gap on the other team. Noah Zucker had a strong game coming up with some big ground balls.”
— Matt Cannone

Dragons Blue 12, Beach 5
Dragons Blue 11, Leverage Green 5
“Our seventh-grade team had a double-header this weekend and managed to come out on top in both games. Strong defense and unselfish play on offense was the key to both wins. Luken McGuire filled in for our starting goalie and went 2-0 on the day with some big saves. Gage Dado had a big Sunday on offense, with 11 goals in two games and a few helpers, as well, to cap off the weekend.”
— Matt Cannone
“The Leverage U13 Green team continues to get better each week. They put up a very good fight against a very skilled Dragons Blue team.”
— Chris Jewett

Dragons 8th Grade 10, Factory/SBLC 6
“With no goalie, Luke Sganga stepped up for the team and played between the pipes, and he capped off his day with his first win as a goalie. We mounted a strong defensive stand that allowed the offense to pull away in the second half. Jackson Bianco had a great game both ways, adding two goals as well.”
— Matt Cannone