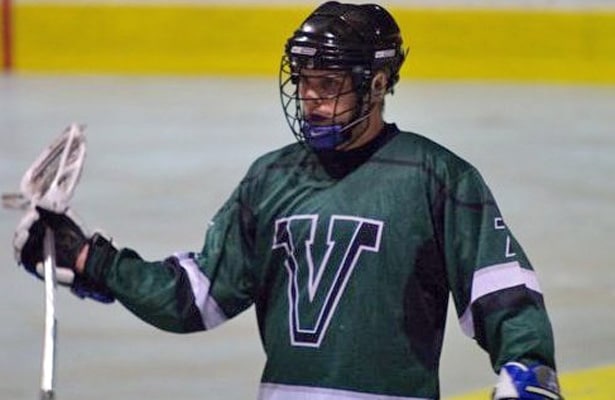 The Calabasas Lacrosse board announced late last week that it has selected box lacrosse veteran Donnie Bowers as the next head coach for Calabasas High School. The appointment will become official once Bowers completes the hiring process with the Las Virgines Unified School District.

Bowers, who works and coaches with Top Tech Lacrosse and new Valencia coach Nolan Godfrey, was a four-year starting midfielder and faceoff specialist at NCAA D-II Assumption College. He led his team in ground balls each of his four seasons. Bowers also played football at Assumption as a starting wide receiver and return specialist.

After three years playing Canadian box lacrosse with the Vermont Voyageurs of the Quebec Senior Lacrosse League, Bowers turned his focus to coaching.

At Calabasas, he replaces Christopher Eaton, who guided the Coyotes to a 2-12 record in his only season as head coach. Ten of those losses, though, came to opponents in the Marmonte League, one of the toughest and deepest leagues in L.A. In 2014 (10-6) and 2013 (5-8), Calabasas posted the best records in the program’s history, both under coach Sean Bobadilla.

Bowers is driving cross-country this week. He took time out of his drive to answer a few questions via email:

When do you anticipate being in place and actually coaching the team? Or is that happening now?

The administrative process needs to be completed before I can get in front of the team and start coaching on a day-to day-basis. I’m arriving in California this week and will get through that paper trail quickly. At this point we are relying on the kids to responsibly administer to their needs so that come season time, when the practices start in earnest, players will be ready to go. With our Top Tech Lacrosse (toptechlax.com) programs in box, skills and winter club, players who can make the offseason commitment will get a great sense of the culture I’ll be instilling this spring well ahead of January/February, when other teams get going.

What attracted you to this opportunity?

The area, the people and the ability to work with kids’ raw talent. Calabasas, like many budding programs across the country, has the talent but lacks the committed instruction; by setting up a consistent program from youth through high school ages, I can provide that instruction at an earlier level that will produce results down the line. With the broad strokes mapped out at the youth level, the HS level can focus more on the minutia of the game that makes teams great. We are very excited to be providing Calabasas Youth players (U9-U15) with their primary platform of training and play this spring through our new Top Tech youth spring offering, soon to be announced.

Coach Nolan Godfrey (the new Valencia head coach and a Top Tech parter of mine) is a long-time friend that I go way back with, and he was the prime mover in introducing me to the Calabasas boosters. Nolan and I were conference rivals in the NCAA, then trusted teammates playing box in Canada for a number of years, and [he is] a very close friend of mine. Both Nolan and I preach to players that “lacrosse makes friends,” and we are a fine example of that. The first thing Nolan emphasized to me, in addition to the quality of the Calabasas community and its potential, was that the whole area has so many great people and players with lots of enthusiasm for the sport. We are both excited to make this our new home and grow our respective HS cultures while also serving the entire region as professional lacrosse resources and assets.

Have you met with the team yet? If so, what do you think? If not, when do you expect to?

I plan to meet with the team and parents in the next week or so upon completion of the administrative hiring process. Individually, I would love to see the kids find their way into some of the Top Tech offerings, so I can get to know them outside of the high school. This late-October meeting will be focused on reviewing expectations for the remainder of the offseason and preface the spring season.

What, if anything, do you know about the program you’re taking over?

I know that this is a program that outperformed its record. Yes, it’s true that good teams find a way to win close games, but losing a few close games also has a tendency to roll into habit. CHS lost a few close game last year that I believe we can and will start to turn into wins this year.