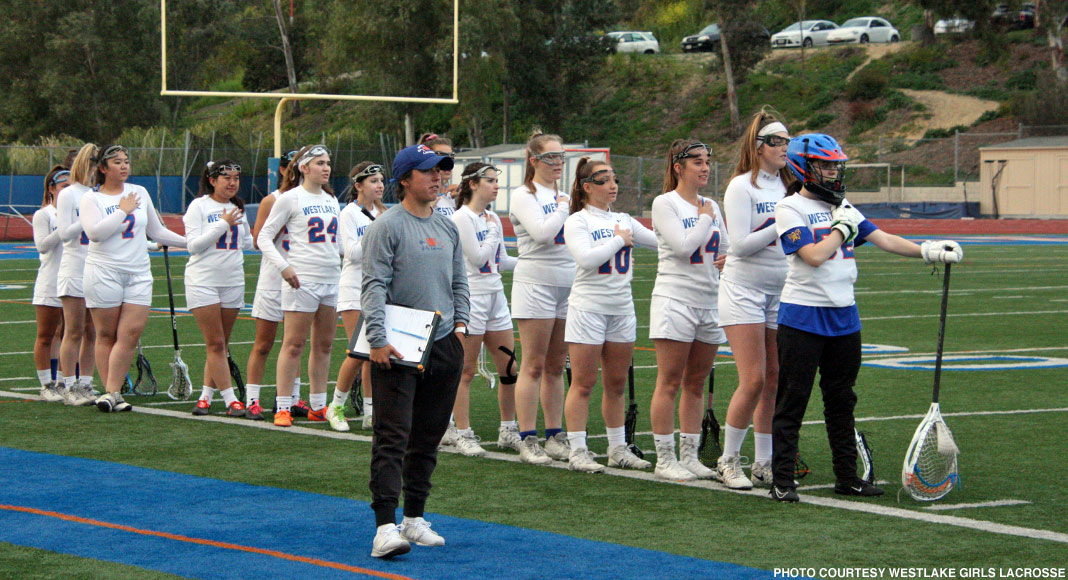 Senior goalie Rachel Blanton blanked visiting Thousand Oaks in the second half Friday, helping No. 3 Westlake to a 19-7 Marmonte League victory over the No. 20 Lancers.

Blanton recorded nine saves in the victory, including the 200th of her four-year varsity career. Defensively, she was supported by Naomi Slyvester with two caused turnovers and two ground balls, Bethany Reader (2gb), and Jill Dries (1gb).

“Headed into next week with two tough opponents, it was exactly the win we needed,” Westlake coach Lyndsey Munoz said. “The team played together on both sides of the ball, and as a former goalie, I’m especially proud of Rachel’s performance tonight.”

The Westlake offense was firing right from the start, building a 16-7 halftime lead. In all, eight players scored for the Warriors.