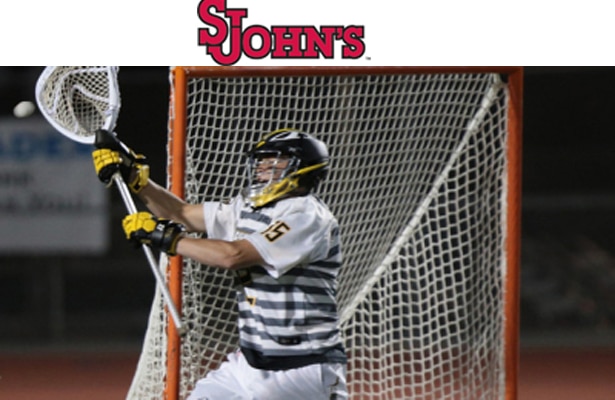 The 6’2″ goalie put an exclamation point at the end of his standout  sophomore season by punching his ticket to the Big East.  After recovering from an early season injury last year, Blank got hot and anchored a defense that improved steadily en route to Foothill’s sixth Southern Section Championship.    His standout 19-save performance against San Diego Section champions La Costa Canyon will be talked about at Cornhole Classics for years to come.    Surprisingly, Blank is the first Foothill goalie to ever commit to a Division 1 program.  Head Coach Jon Fox was proud to put in a word about it:

“Ryan is a well-rounded student athlete that will excel in the college environment that St. John’s will provide athletically and academically.  He has great size and extremely quick hands, and a deadly outlet pass to spur the counter attack.  FHS has had a great lineage of net minders and as our program’s first Division I recruited goalie, Ryan is representing for all those greats who came before him and those that will follow.  Ryan has worked extremely hard in his off seasons training and competing in as many events as possible and has logged some serious hours between the pipes!  The FHS coaching staff is extremely excited for Ryan and his family for this great opportunity.”

Exactly 606 minutes of last season constitute those “serious hours between the pipes” for Ryan Blank.  During them he turned away 103 shots and had a 52.2% save percentage.  He rejected 11 shots in the playoff game against sniper-laden  JSerra.  Blank was named MaxLaxOC’s Player of the Week in April, and was also featured to highlight his hefty amount of off season accomplishments.

Off-field Blank holds a 3.86 GPA– a mirror image of the “excellence without bounds” value that St. John’s University holds for its students and exceptional faculty.  The Red Storm’s Men’s Lacrosse team is a Big East Conference contender that competes against schools from Syracuse to Yale, and Denver to Penn State.  Blank will be a freshman rookie come fall of 2016.  His OC supporters, coaches, teammates, fans, and family are proud of his groundbreaking achievement.