Bishop’s Comes Back Against Tesoro 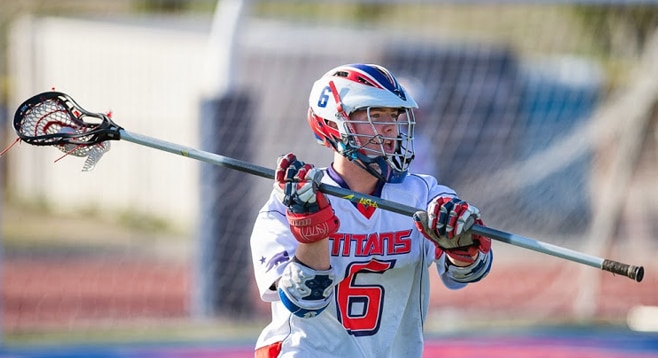 Tesoro is the second OC team to face Bishops (SD) on their road trip up north. Coming off a strong win versus SMCHS, Tesoro tried to make it two in a row against the Knights.

Tesoro started the game very strong and jumped out to a 4-0 lead before giving up a goal at the end of the first quarter to end the quarter. Things were looking good for Tesoro as they kept up the scoring and netted two more quick goals and was leading the contest 6-1 and then the wheels came off for Tesoro.

The Knights went on a tear and put in eight unanswered goals thanks to Jake Seau‘s four goals (Bishops) and took the wind out the Titans. Seau is one of the top lacrosse recruits in the nation, committed to Duke and was not in the lineup against JSerra when the Lions beat Bishops by one.

The halftime score was 9-6 Knights. Tesoro fought back in the third quarter with a few goals from Blake Warner (4 goals on the game) and Sage Devault (3 goals and 4 assists on the game) and the score at the end of three was Knights 12, Tesoro 11. The fourth quarter was a defensive struggle and turnover fest for Tesoro who was behind by one goal with less than a 1:30 left in the game and could not get the ball from the Knights who were trying to run out the clock. Finally with 24 seconds left in the game the Titans got the ball back and called a time out. On the clear they turned the ball over and the Knights ran out the rest of the game for the win. Failed clears and turnovers plagued the Titans and were the big issue in the second quarter giving the Knights the eight unanswered goals.