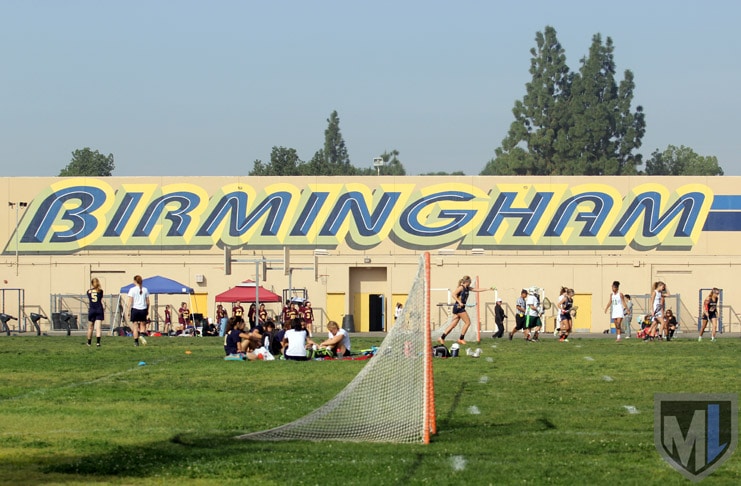 Nearly two dozen girls lacrosse teams from as far north as Santa Barbara and as far south as Temecula descended on the San Fernando Valley on Saturday for the Birmingham Lax Bash at Birmingham Charter High School.

An event that started six years ago with one eight-team bracket that included both varsity and JV teams has grown to include 22 varsity teams in three brackets, including a bracket geared specifically to newer programs still trying to grow.

Organized and run by Birmingham head coach Scott Silva, the Birmingham Lax Bash is beginning to rival the Rose Bowl Jamboree on the local girls lacrosse calendar. That event, which was started in 2003, features 32 varsity teams in four eight-team brackets.

At the Birmingham Lax Bash, each team entered played three games. In the Gold Bracket and Blue Bracket, winners of four first-round games advanced to the semifinals, while the losers advanced to a consolation bracket. Each bracket then featured championship, third-place, consolation championship and seventh-place games. In the Black Bracket, six teams played two pool games each was matched up against its counterpart from the opposite pool.