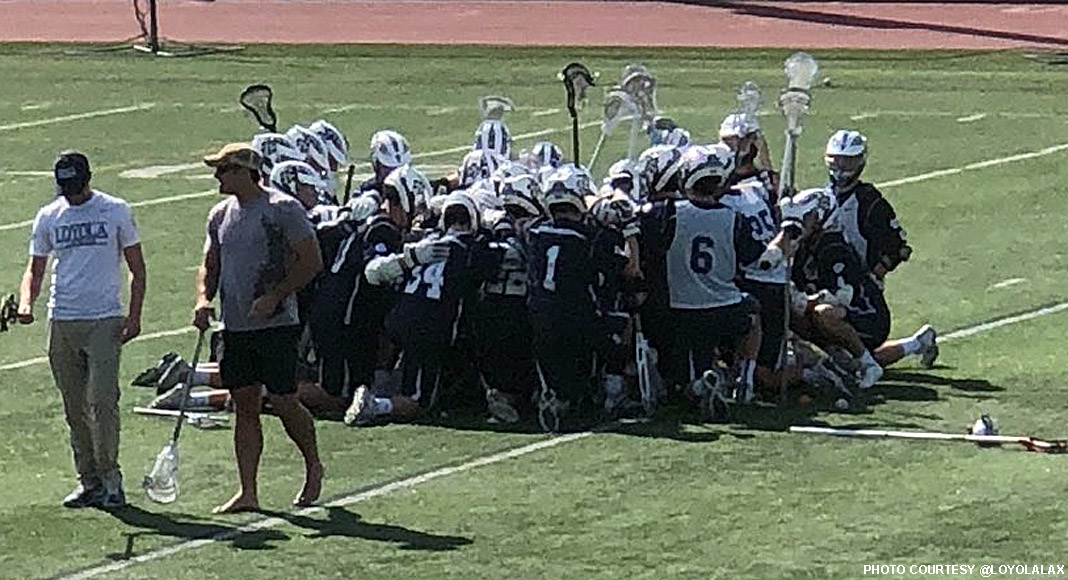 No. 1 Loyola opened with what looked to be a tough week against opponents from outside the Southern Section on Tuesday with a 13-7 win at Coronado (San Diego) that doesn’t appear nearly as tough as expected. Though the Cubs trailed 4-3 at halftime, they rode a four-goal burst in the third quarter to an overall 10-3 advantage in the second half.

Now to step two of the big week: The Cubs (9-3) play host to St. Ignatius of Cleveland, Ohio, today at 5 p.m. Like Tuesday’s game at Coronado, this one looks on paper to be a tough test. St. Ignatius beat Coronado 9-6 on Saturday, then lost 8-7 at Torrey Pines on Monday.

Saturday, Loyola plays host to Poway, which lost to Coronado earlier this season. Coronado also beat St. Ignatius of San Francisco earlier, one of three teams to beat Loyola. All of that schedule-comparing analysis made it seen the Cubs were facing a tough week.

For the first half Tuesday, that held true. Coronado took a 1-0 lead early, then scored two goals late in the second period to take a 4-3 advantage into halftime.

But Loyola came out firing at both ends of the field in the second half, scoring five consecutive goals while shutting out the Islanders until the 7:56 mark of the fourth quarter. By the time Coronado notched its fifth goal, Loyola had eight. The Cubs led 9-6 with 6:16 left, then scored four more in a row — two of them into an empty net as Coronado chased — to lead 13-6 before allowing a goal in the closing seconds.

It was the 11th consecutive game in which Loyola has allowed eight goals or fewer. The Cubs have surrendered double-digit goals only once — in their opening 12-11 overtime loss to Foothill.

Henry Hasenberg led Loyola with four goals, including two in the third-quarter burst that turned the tide, and Alex Horowitz had two goals and two assists. Matthew Garvey and Owen Gaffney each had a goal and assist, as at least 11 Cubs contributed points.