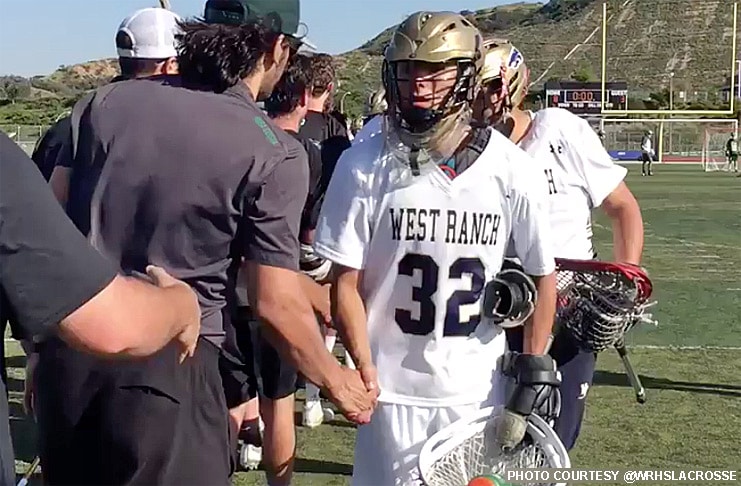 Senior middie Teo Domic scored three goals, and No. 16 West Ranch erupted for eight goals in the second half to beat visiting No. 13 Mira Costa 8-3 on Monday.

But West Ranch (7-5) turned things around at the break. The Wildcats committed only three turnovers the rest of the way and finally found the Costa net. West Ranch led 6-2 with seven minutes to play, then stretched it to 7-2 on Domic’s third goal with five minutes left.

Before Monday’s win, West Ranch was 1-5 against ranked opponents, including two double-overtime losses. Beating a ranked Costa squad — even a depleted one — should bolster the Wildcats’ resume when coaches meet April 30 to decide playoff berths and seeding.

Of course, West Ranch must continue to build on that resume through its final six games, three of them against ranked opponents — at No. 20 St. Francis on Wednesday; at No. 6 Thousand Oaks on April 24; and at No.17 Palisades on April 28.

Mira Costa (9-3) also faces a tough final three weeks. Coach Aaron Karsh said he expects to still be without key players for Wednesday’s contest at St. Augustine (San Diego), then again for an April 18 home game against Murrieta Mesa due to the team’s “miss a game, sit a game” policy. The Mustangs finish at No. 3 Palos Verdes, then play in the Bay League’s new mini-tournament, likely opening against Peninsula. A win in that one likely would match Costa against Palos Verdes again.