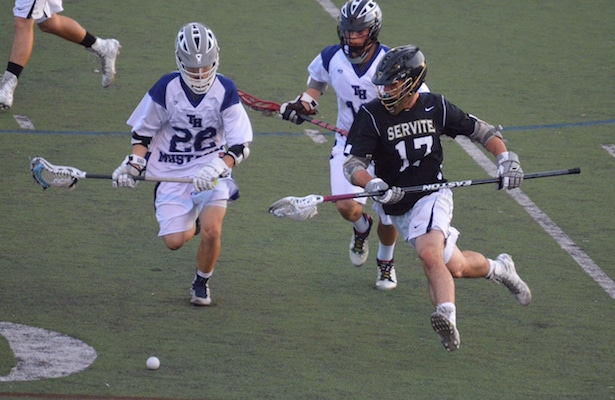 In less than two weeks the playoff teams will be seeded selected. Most of the league races are still undecided and while there has not been much movement in the Top 8 since the season began, the same can not be said about the nos. 9 through 20. With that said, there are big games almost every day from now until the season ends. Here is a look at today’s big games.

The Tartans (7-6) host the Dons (7-7) at 4:00 pm today.An interesting inter-county matchup with two teams with deceptively mediocre records.  According to Laxpower.com, the Tartans have played the 11th most difficult schedule in California and the Dons’ strength of schedule is ranked 23rd.

The Eagles host the Friars at 7:00 pm tonight (plenty of time to watch the Tartans vs Dons, catch some dinner, and make the opening faceoff).  Santa Margarita can clinch the Trinity League championship and the automatic qualifier goes with it with a win tonight.  If Servite wins, the two teams are tied for first place with one league game to go.  In both cases JSerra would get the opportunity to play spoiler but if they beat Mater Dei tonight they would get a chance to create a three-way tie.

Also, don’t be surprised if the Friars feel a little extra motivated because they believe they were snuffed in this week’s US Lacrosse\Coaches’ Poll.

The Mustangs host the Wolverines at 5:30.  Aliso Niguel has lost four in a row and is sitting on the bubble.  A win tonight would help them solidify a playoff position.  The Mustangs are looking to recover from a 17-6 loss to San Clemente.  With CdM and Tesoro on deck,  they’d like to build some momentum with a win tonight.