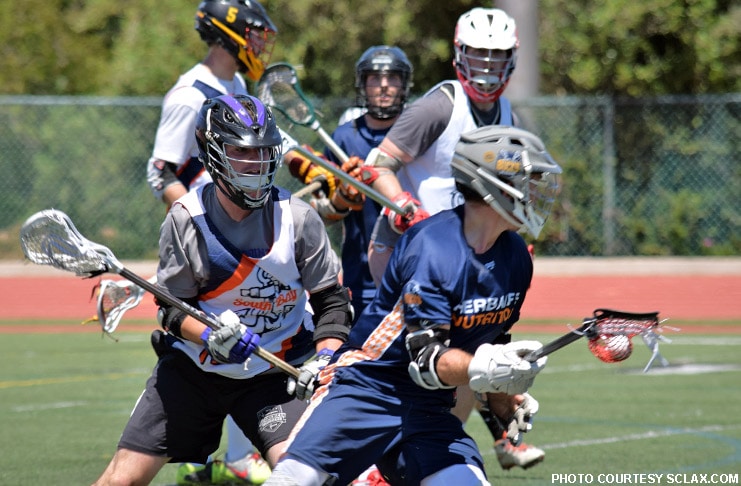 With just two weeks left in the Southern California Lacrosse League (SCLAX) regular season, the playoff scenarios have become a little clearer, with six teams still competing for spots and seeding in the playoffs.

Beverly Hills beat South Bay 14-6 on Sunday to open up a two-game lead over South Bay and lock up a first-round bye in the playoffs. South Bay currently sits in second place, a game ahead of Newport Beach, but must travel south to take on Newport this Sunday. A South Bay win would clinch second place and a home playoff game in the first round.

South Bay will close out the season May 7 at home against Venice Lax, and Newport will finish out the regular season traveling up to Beverly Hills. Newport beat the Bucks in five overtimes earlier in the season.

The playoff scenarios in the South are less settled, as 40 Thieves took a one-game lead over second-place San Diego by virtue of their 17-7 win over SD on Sunday. 40 Thieves holds the tie-breaker, as well, having swept the season series with San Diego. The Thieves will try and hold on to the No. 1 seed on the road against Quiksilver this weekend and at home in an interdivisional game against the Bombers on the final day of the season.

The battle for the two remaining playoff spots will continue, with San Diego holding a game-and-a-half lead over Quiksilver, which still has to make up a game with Venice. San Diego will play host to Venice next week and finish the season at Adrenaline on May 21.

After playing host to 40 Thieves this weekend, Quiksilver must travel down to Mission Bay to take on a tough Beachcomber squad.

Article and photo contributed by Gary Greenbaum of the Beverly Hills Bucks and the SCLAX.