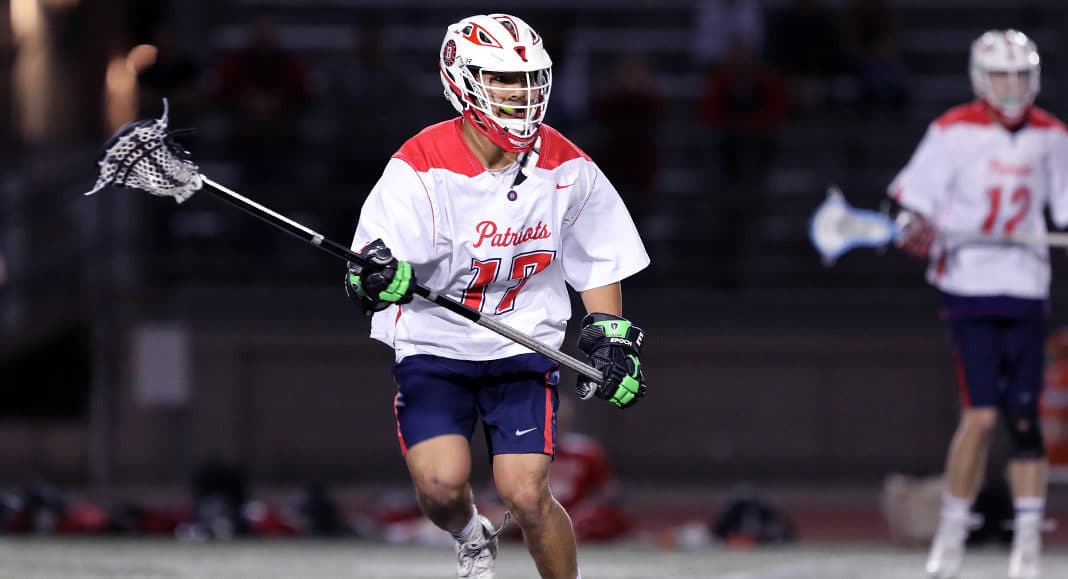 Senior defender and LSM Justin Cheng of Beckman signed a letter of intent this week to play lacrosse at the University of Notre Dame. Until very recently, Cheng had been committed to Bryant University.

“I was first contacted by Notre Dame around the end of October,” Cheng said via email. “It was very unexpected, but I am happy that I was able to make the most out of my opportunity.”

A two-time All-Orange County selection and the 2017 Pacific Coast League MVP, Cheng had been committed to Bryant since Aug. 2016. Switching to Notre Dame so late in the process was not an easy decision.

“It was a very tough decision to switch from Bryant to Notre Dame,” Cheng said. “Bryant is a very good school academically, and their lacrosse program is outstanding. I have the utmost respect for Coach [Mike] Pressler and Coach [Casey] Broderson and the lacrosse program at Bryant.”

Beckman coach Matt Cannone highlighted Cheng’s leadership, as much as his talent, as a key for the Patriots.

“Justin Cheng is an outstanding player and even a better leader,” Cannone said via email. “His ability to shut down a No. 1 threat, relentless pursuit of ground balls and ability to push the ball up the field and create offense is what separates Justin from others on the field. His work ethic in practice sets the bar high for the rest of the team. Justin leads by example on and off the field. He’s been a pleasure to coach.”

None of that, of course, he did alone, and he is well aware of that.

“A huge thanks to my family, coaches and teammates,” he said. “Without them, I would not be the lacrosse player or person I am today. I would especially like to thank Coach Jono Zissi and the Adrenaline organization for supporting me and helping me throughout this entire process that began my freshman year.”