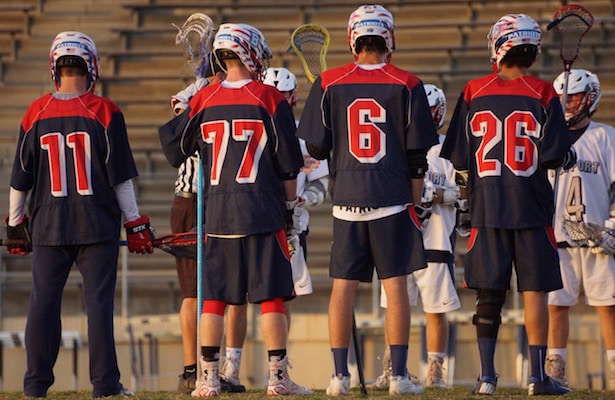 The Beckman Patriots (No. 15) defeated the Northwood Timberwolves 12-10 in a battle of Pacific Coast League leaders.  The Patriots remain undefeated in PCL play (5-0), while Northwood drops to 4-2 in PCL games.  Both Northwood leagues loses were to Beckman.  The win gives Beckman a two game lead over second place Northwood with each team having four league games left to play this season.