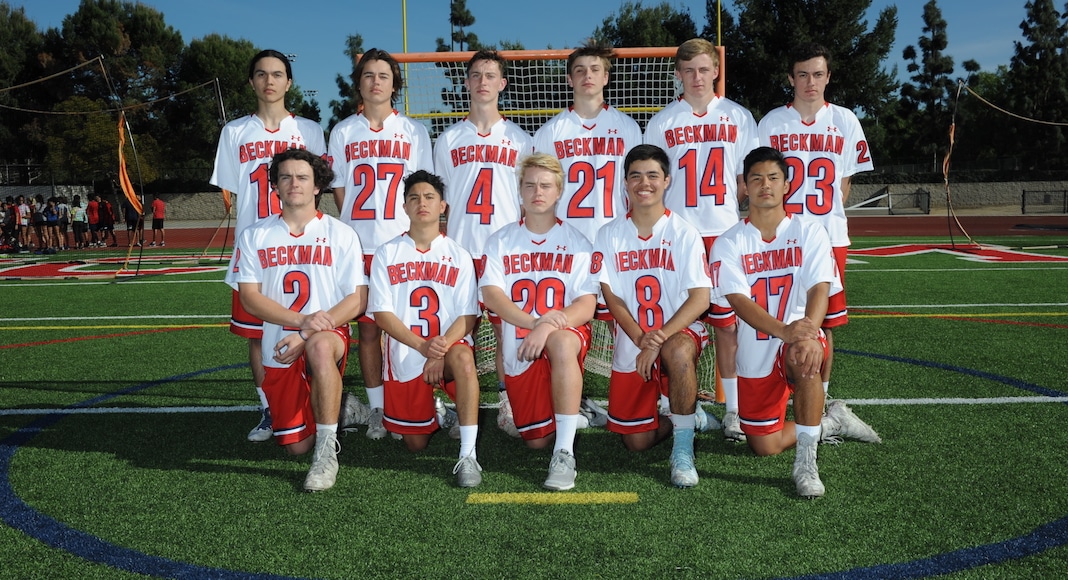 The Beckman boys’ lacrosse class of 2018 celebrated senior night with something they have become very accustomed to over the last four years, a win in league play.  The Patriots closed out their regular season with a solid 21-4 victory over University to send the seniors off with a four-year 38-0 record against PCL competition.

The parents and coaches of our program are very proud of their achievements both on and off the field.  We wish them the best of luck in all their future endeavors!