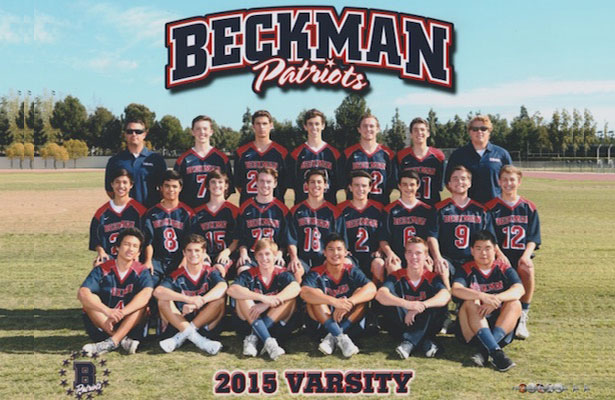 The Beckman Patriots improved to 6-0 in the Pacific Coast League and 8-4 overall by defeating  the Sage Hill Lightning 17-2 in on Thursday.  It was the fourth win in a row for the Patriots who are closing in on their third consecutive PCL crown.  They hold a two game lead over second place Northwood with four league games left to play.