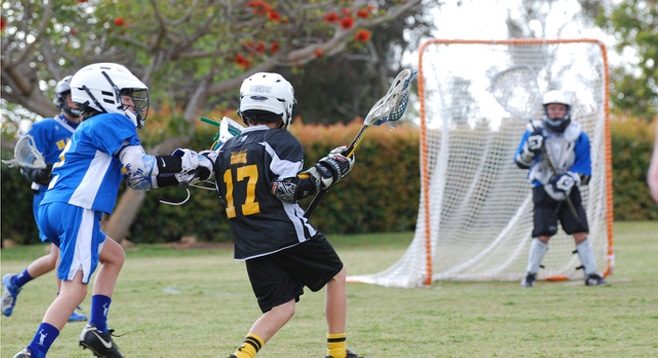 Beach Cities Lacrosse has a long history of facilitating lacrosse in the Northern Orange County area and continues this tradition by hiring Tim Fox, former goalie from DI Bryant University.

Tim Fox came to California a few years ago to build a skateboard business but decided to come back to coaching for the U15 boys for Beach Cities Youth Lacrosse. Beach Cities knows the importance of a good goalie and is using Tim’s expertise and DI experience to train Beach Cities goalies throughout all age groups. He is also the new head Coach of the MCLA DII University of California Anteaters.

Beach Cities Youth Lacrosse Coaching Director Will Pryor knows that Tim can bring the expertise young players need to develop. “Tim is one of the best lacrosse coaches I have worked with,” said Pryor. “Born into a Long Island lacrosse family, Tim knows the game inside and out and is working hard to build good players in California. He is very good at taking a team of SoCal kids and rapidly build a lacrosse IQ and game sense in a very short period.”

Tim played goalie at Bryant University in 2002 when they won the Eastern Collegiate Athletic Conference Championship. Tim then served as Assistant to the General Manager of the Long Island Lizards Major League Lacrosse team from 2001-2004. As head coach of boys’ varsity lacrosse program at Lincoln (Rhode Island) High School from 2006-2009 and Assistant Coach 2002-2004, Tim received Sportsmanship Award in 2008 from the Officials Association for the entire state of Rhode Island. He founded and operated All Seasons Lacrosse in Providence, RI from 2006-2009, focusing on clinics, private lessons, and camps.

For more information on Beach Cities, check out www.bcylax.org.