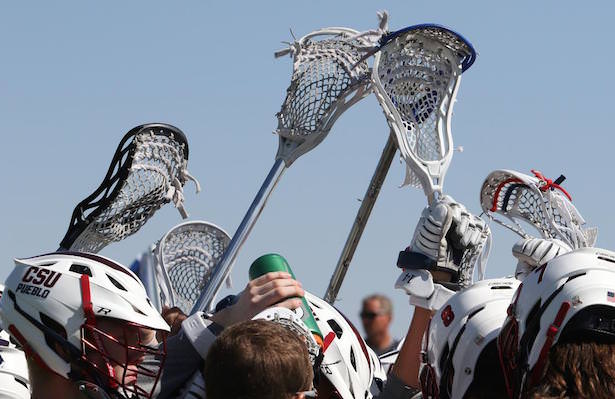 PUEBLO, Colo. (August 26, 2015) – Entering its second season as a program, Colorado State University-Pueblo Men’s Lacrosse has bolstered its roster for the 2016 campaign with the addition of former Granite Hills attack Weston Bartgis, former Grossmont defenseman Tyler Millican, and 12 other newcomers. The newcomers hail from seven different states, including five from Colorado, three from California, two from Florida and one each from North Carolina, Oklahoma, Nevada and Kansas. CSU-Pueblo is a NCAA Division 2 program that will compete in the Rocky Mountain Athletic Conference in 2016.

“I am very excited about the incoming class,” commented head coach Sean Blair. Blair. “Between a few transfer students, a postgrad student and a new crop of freshman, I am confident that we are beginning to add to the core depth that we have returning from our inaugural season. Our main goal in recruiting this past cycle was to create additional depth in all positions and bring in guys who we felt could become ready to see the field sooner, rather than later. While these student-athletes are very young, I have been impressed with their gameplay running deep into their high school post seasons and into state playoffs and championship games. I firmly believe that this group of student-athletes will be the ones who help establish a strong lacrosse foundation at Colorado State University-Pueblo. With the staff additions we’ve made, new student-athletes coming in combined with our core returners, I know that our spring season will serve as the beginning of the foundation and culture creation we are aiming for in the Men’s Lacrosse program. Having the guys on campus for a few days, you can feel a sense of urgency coming from them and a desire to get to work. They know what is expected of them and they’ve fully embraced the unique responsibility that comes with establishing the lacrosse foundation for years to come.”

Personal: Son of Robert and Robin Bartgis … Has one sibling, Nico … Enjoys fitness, fishing, shooting and football … Intends to major in special education … Birthday is Feb. 25.