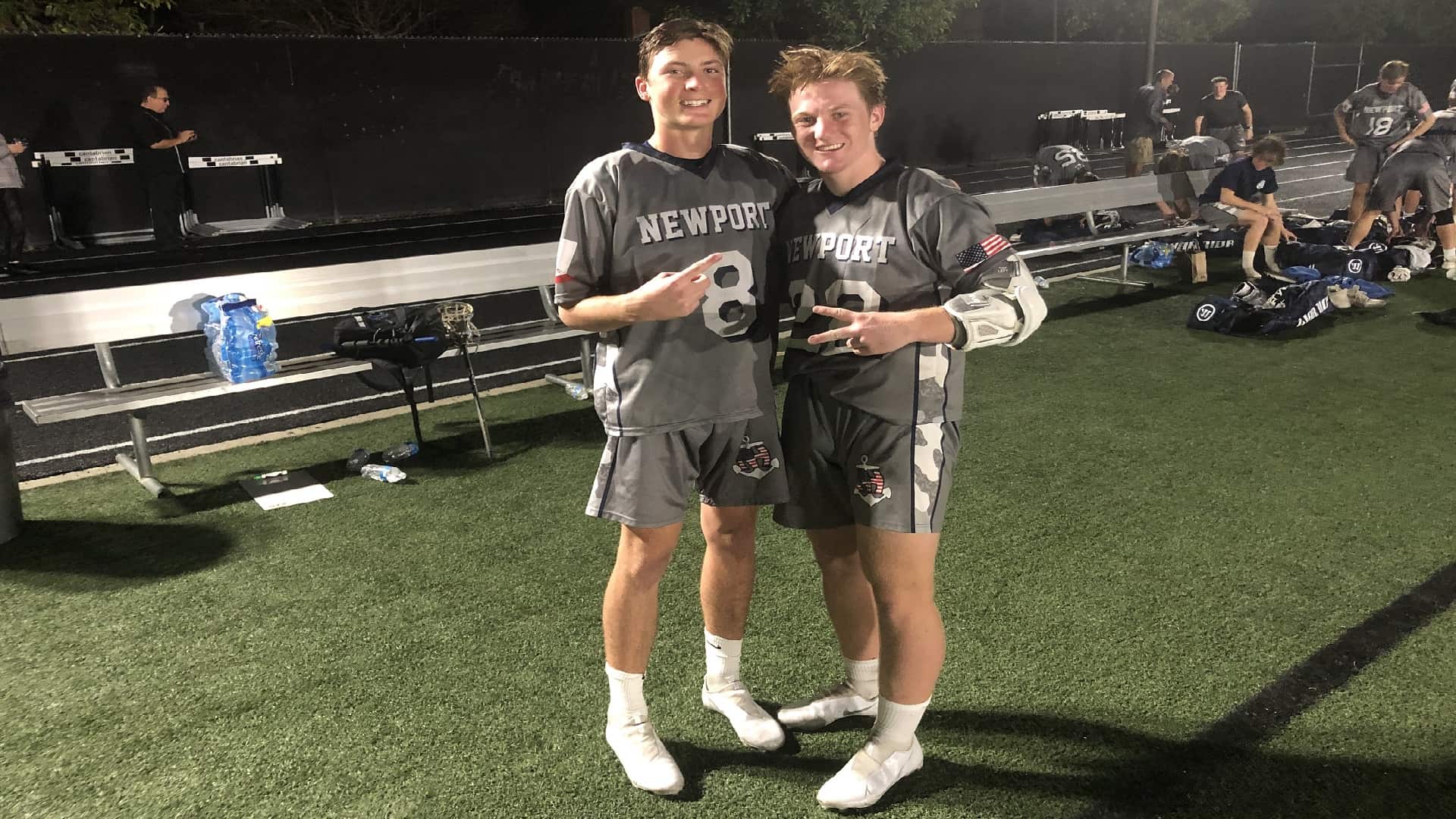 “We made some big hustle plays on offense and defense that I think made a difference. We had a couple hustle plays off groundballs that changed transition for our favor,” Sailors coach Mark Todd said.

Aidan Goltz added two goals for Newport Harbor while Hutton Wooters, Michael Morrison and Owen Brosnan each had one goal. Defensively, Garrett Rovazzini made 10 saves for the Sailors, who won their first season opener since 2014.

“Luke [Barnes], Hutton Wooters, Owen Brosnan and [Michael] Morrison all really stepped up and we’re counting on those guys to do just that. I know we’re a lot more talented than two guys on our team,” Todd said.

After Matt Greenlee scored Servite’s first goal of the game, Newport Harbor was in no mood for another close game with the Friars, and scored the next five goals to take a 5-1 led in the quarter. With less than a minute left in the quarter, Jack Terrones added a late goal to cut the Sailors’ lead down to 5-2.

Newport Harbor led 6-3 until Terrones scored at the 1:46 to make the lead 6-4. Servite almost had the lead cut down to one, but missed on an empty-net opportunity due to Rovazzini being out of position.

Instead, the Sailors made the Friars pay, as Brosnan scored at the 57 second mark of the quarter to give them a 7-4 halftime lead.

“Overall, it’s really tough to beat anybody with 20 turnovers. We had seven turnovers in the first half and then we almost doubled up on that in the second half. You give Newport Harbor the room and space to run with it, they’re going to take it from you,” Friars coach Tom O’Leary said.

Newport Harbor started the third quarter hot, scoring the first three goals to lead 10-4 and forcing Servite into a time out. After the time out, the Friars scored two straight goals while keeping the Sailors scorless for 2:30, cutting the lead down to 10-6.  However, it only took 11 seconds for Farmer to finish a pass from Goltz to put the Sailors back up by five.

Shannon then scored for the Friars to make the score 11-7 after three quarters.

Servite tried to make one last effort to get back in it when Terrones scored at the 9:42 mark to make the score 11-8. But Rovazzini  kept the Friars off the scoreboard the rest of the way to seal the road victory for Newport Harbor.

Nate Kennedy made six saves for Servite, including one particularly challenging one against Goltz. O’Leary was proud of how Kennedy played in goal for the Friars.

“Nate Kennedy did really well in goal for us,” O’Leary said. “We actually did well in the transition game tonight, pushing some unsettled fast breaks.”

Up next for Newport Harbor (1-0), the first home game of the year against Tesoro on Friday night at 7 p.m. or Saturday morning at 11 a.m. For Servite (1-1), it’s another home game against Corona Del Mar on Saturday at noon.