Barkate, Murphy, Tobias are the Girls Lacrosse Players of the Week 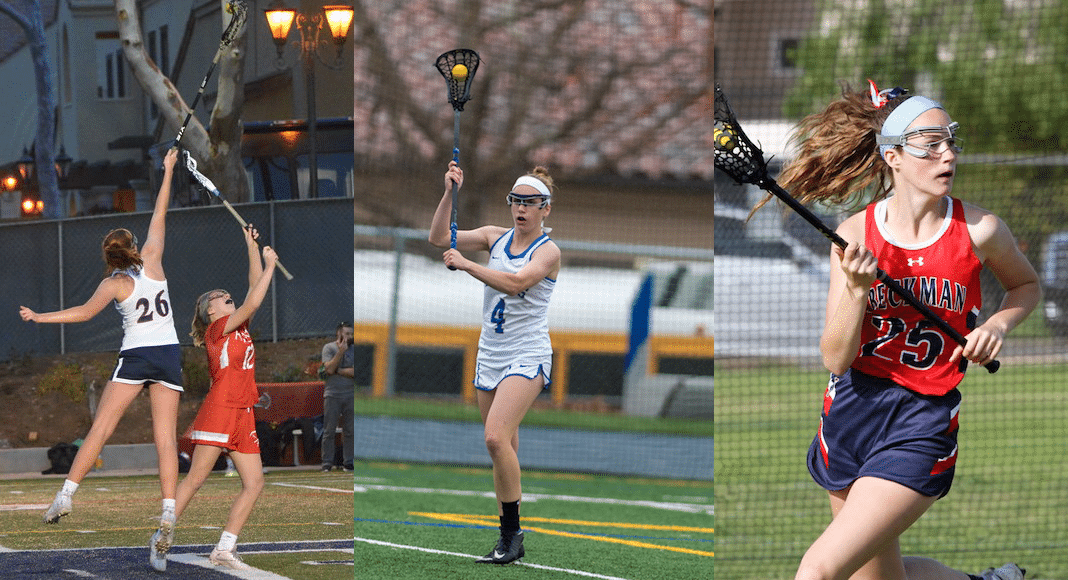 Maddie Barkate, Katelyn Murphy, and Carly Tobias were named the Girls Lacrosse Players of the Week for the week ending April 14.  All three were nominated for the honor by opposing coaches impressed with their outstanding play.

The sharpshooting Barkate is a junior at St. Margaret’s.  Last week she put 10 shots on goal and scored on seven of them.  She also dished out six assists for a total of 13 points in two games.  She also had 10 draw wins.

Tobias, the third junior in this week’s group, came through delivered an overtime victory to the Beckman Patriots for the second time this season.  Last week she victimized Corona del Mar in a key Pacific Coast League game.  For the season, Tobias leads the team in draw wins with 46, and is among the team leaders in points (51), groundballs (24), and takeaways (10).