Barkate, Miles Named in First Wave of Adrenaline All Americans 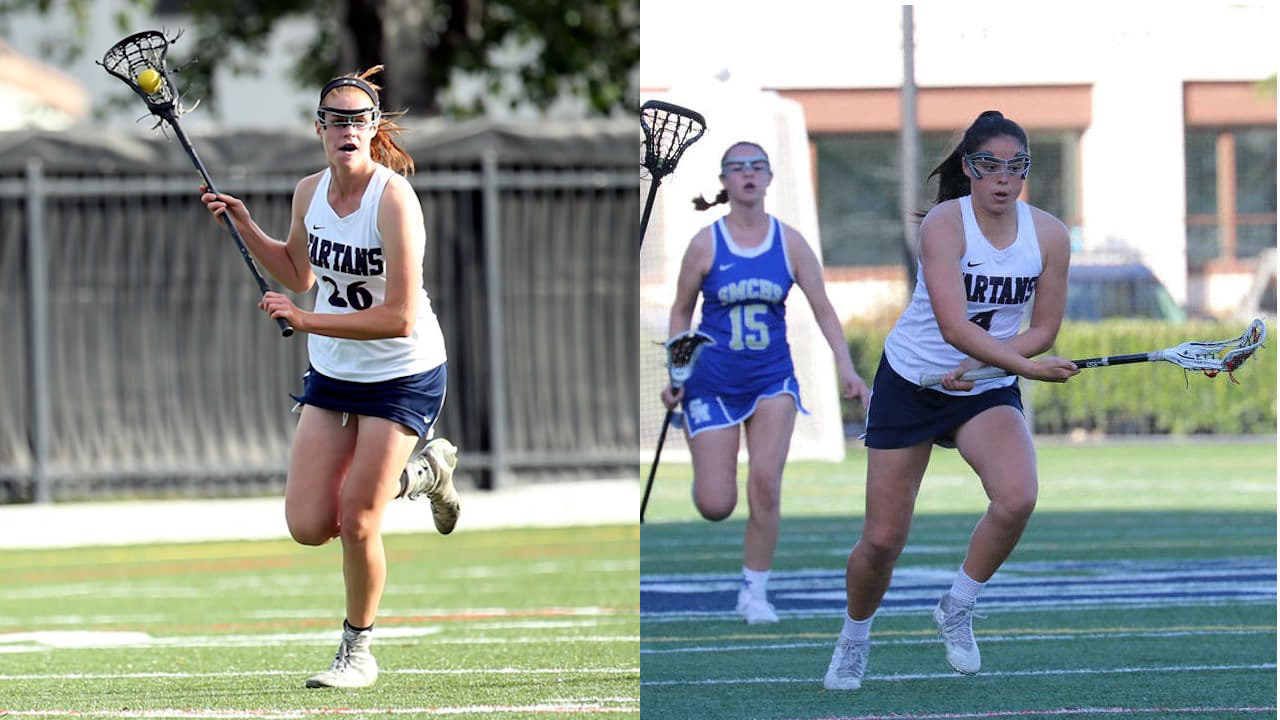 St. Margaret’s seniors Maddie Barkate and Niki Miles were amongst the first wave of 10 girls lacrosse players selected to play in the Adrenaline American game at The Star in Frisco, TX on Saturday, June 15th.

The Ivy League-bound tandem helped lead the Tartans to the Southen Section championship with well-rounded games that make them both dangerous no matter which team has the ball.

Barkate, who is committed to Harvard, led the team in scoring with 95 points (66 goals, 32 assists), was second IN draw wins (97) and third in groundballs (29). She also had 10 takeaways and six interceptions.

Miles, who will bring her game to Penn next year, was also among the team leaders in virtually every statistical category.  She led the team in groundballs (49), interceptions (9), and takeaways (28).  Miles was also third on the team with 41 draw wins and fourth in scoring (46g, 32a). 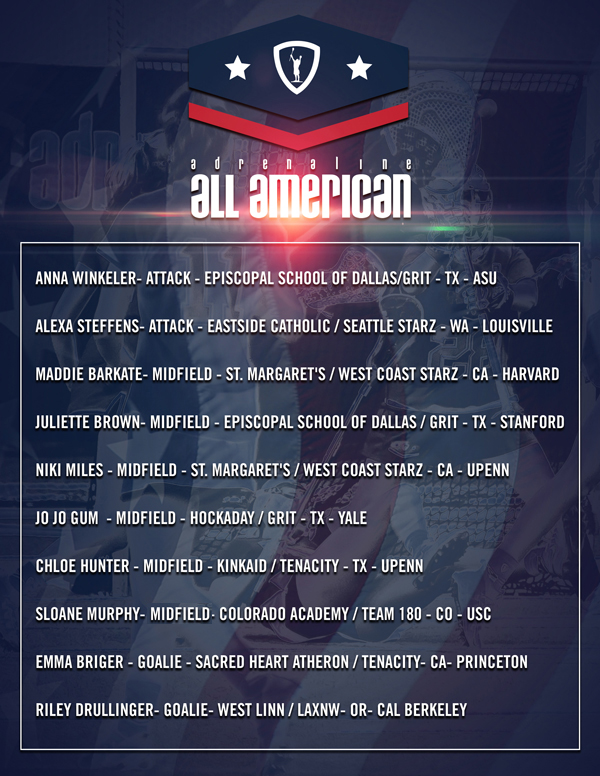