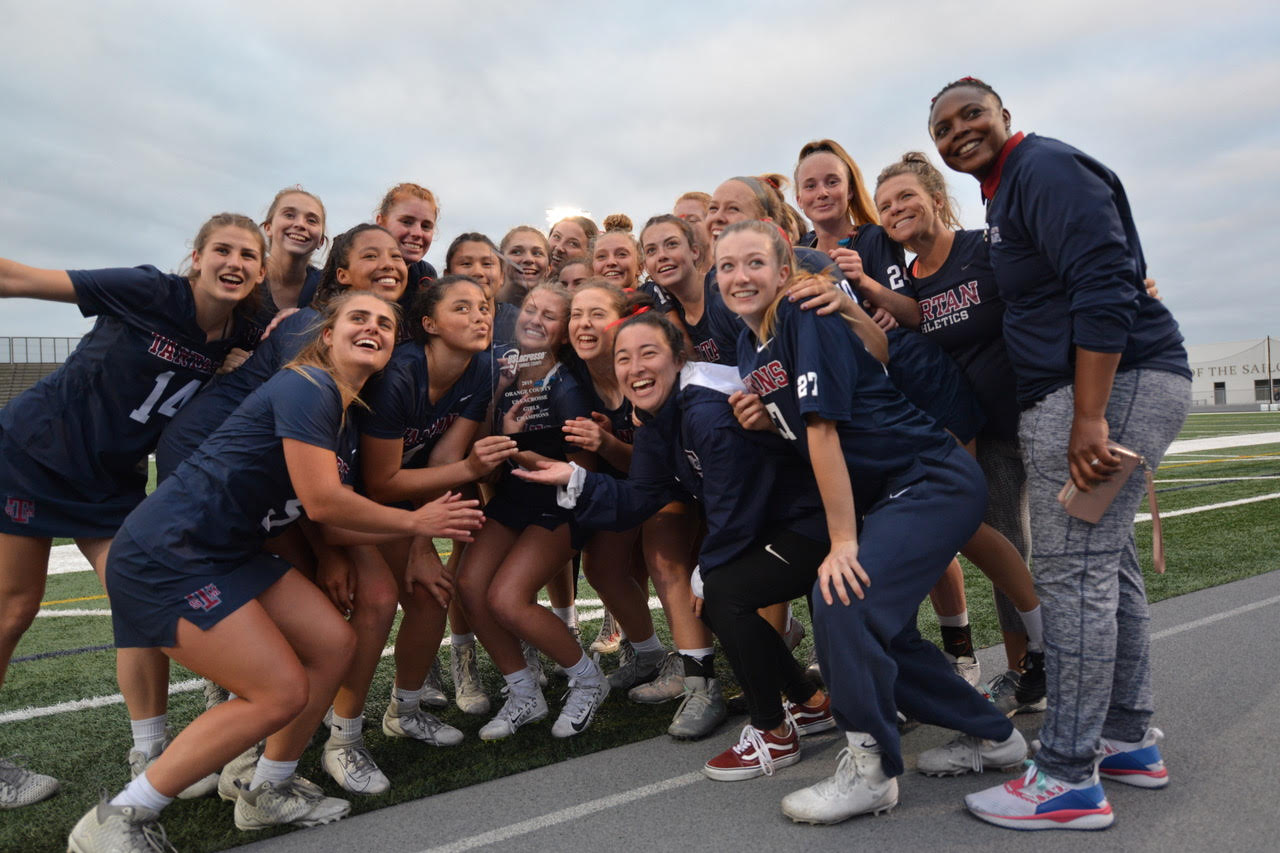 The St.Margaret’s girls lacrosse team defended its Orange County crown on Wednesday, beating top-seeded Foothill 15-11 at Newport Harbor High School in the county championship. Niki Miles led the Tartans with six goals and two assists while Maddie Barkate , who was named player of the game, had five goals and dominated draws.

The Tartans (15-3) will play Palos Verdes in the Southern Section championship on Saturday at Mira Costa High School at 10 a.m. The Sea Kings upset top-seeded Redondo Union 13-9 in the Los Anagles final.

Like most championship matches, the game started out being a tightly contested affair, as Ava Brand scored the Knights’ first two goals. The Tartans followed by scoring two straight goals of their own, as Barkate and Miles provided the goals to even the game at 2-2 after the first six minutes.

With the game tied at 3-3, Grace Karstetter gave the Tartans their first lead of the game at 4-3, forcing a time out from Foothill. The time out worked, as the Knights rattled off three straight goals in a span of roughly for minutes to give themselves a 6-4 lead at the 9:10 mark.

But once again Miles and Barkate answered back for St. Margaret’s to briefly tie the game at 6-6 before Elena Torres sent the Knights into halftime with a 7-6 halftime lead.

After the Foothill scored the first goal of the second half, St.Margaret’s scored four straight goals with three coming from Barkate, giving the Tartans a 10-8 lead and seemed poised to take control of the game. However, the Knights didn’t get the memo and Peyton Puma and Williams rattled off two goals to tie the game at 10-10.

It was at this point that the St. Margaret’s possession advantage finally began to take its toll on the Knights.  The Tartans kicked it into high-gear, as they scored three straight goals, taking a 13-10 lead at the 8:03 mark. The Knights got one final goal from Williams 36 seconds later but they got no closer.  Miles added two insurance goals Miles and the Tartans played an effective game of keep away to run down the clock, giving the Tartans their second straight county championship and their third as a team.

St.Margaret’s got two goals from Karstetter and one goal each from Audrey Larson and Campbell Case. Olivia Young made five saves for the Tartans.

Williams led Foothill (17-2) with four goals while Ashley Stokes, Brand and Torres each had two goals. Puma had one goal for the Knights, who got 10 saves from Lily Kahn.