Back to the Future – Run and Gun Lacrosse 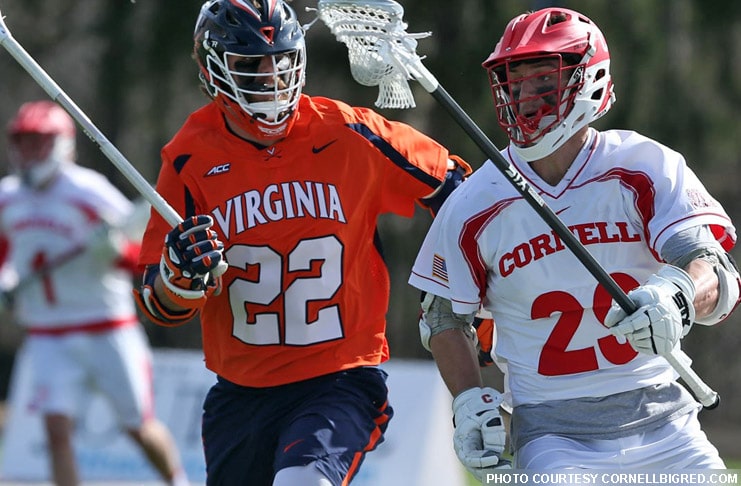 As we approach the 2017 college lacrosse season fans and players may wonder what will it look like? Will Brown’s fast-paced pressure defense and transition be successful this year? Will UVA run and gun with a new coaching staff? Will Notre Dame finally use tough defense and ball control to win the school’s first national championship?

The last few years we have seen Brown, Tufts and Rutgers use up tempo styles to take their programs to new levels. Who would have believed Rutgers would dismantle Johns Hopkins twice in 2016, scoring 16 and 14 goals to notch decisive wins? Now UVA with all their talent and new head coach Lars Tiffany will bring the same fast-paced game to the party.

This new style is catching on! Only one thing. It’s not new! Programs like Syracuse, North Carolina and Hobart have used up-tempo lacrosse for years with great success and to win titles. Looking for some proof? Watch this 1986 classic between Hobart and Syracuse:

Slowing the ball down only really started to become the standard in the early 2000s when Navy started to use the style with success. Navy absolutely is one of the great programs in the history of the game. In the 1920’s they were virtually unbeatable. From 1959-1972 under coach Wilderback they had an unreal .830 winner percentage! And OC’s own Glen Miles, a Navy grad, is one of the great split dodges the game has ever seen.

However, in 2003 the Midshipmen started to slow it down. They lost to Georgetown 4-3 in OT and dropped a tight one to Penn State 5-4 that year. Not exactly fun for the spectators. Then in 2004 they turned the tables on Gtown winning 7-5 and beat a strong Cornell team 6-5. They had a monster season losing in the NCAA championship game by a goal. After that, other teams and coaches imitated and lacrosse was more a chess match of ball control. If you went down a few goals you couldn’t catch up. Conservative play became the rule.

Recently other teams have followed, some with success. Notre Dame made it to the finals in 2010, losing to Duke 7-6 it OT. The style continued to grow. In 2012 Maryland reached the finals playing a slowdown style, losing 9-3 to Loyola in the championship game.

In 2016 we saw a break from ball control. Defense is risk/reward, not an absolute number. Rutgers, Brown and UNC showed the way in D1. Brown hung 19 goals on UVA and 22 goals on Cornell and it was on! Scoring is back. Rutgers, like I said before put up 30 goals in two games against Hopkins. The Tarheels who never went ball control won the title 14-13.

It has gone from can’t-go-down-a-few-and-win thinking, to now you have to keep up with scoring. Just like it was back in the day, prior to 2003. Much more fun for the fan. We’ve all seen teams get the ball around, don’t need to watch it on TV. So next time an ESPN analyst talks about the new style, and they will, laugh like I do. Most of them were there! We’re going Back to the Future….Today’s players have better stick skills than ever before, now they can use them.

2017 should be fantastic for fans! Lax on OC! Stay down on GB’s and stick your shots….

( Before anyone asks, no I wasn’t there to watch Navy in the 20’s, it was before my time).

Coach Devin Arkison runs LockdownD.com. And is proud to say his Hobart team once hung 23 goals on Cornell in a rivalry that started 1898! In 1898 Hobart won 2-1 in a muddy central NY classic…