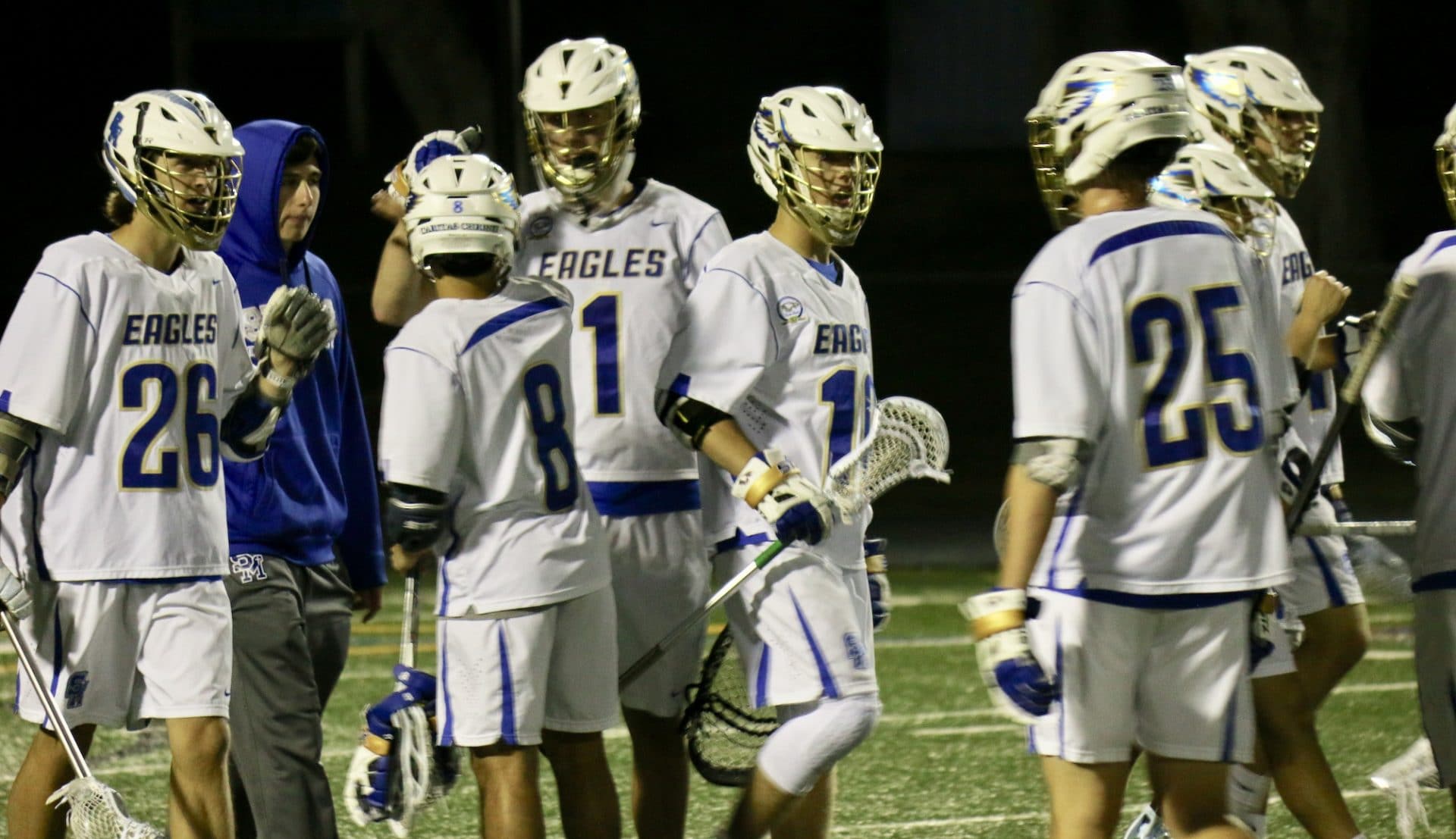 Quentin Buchman and Robert Colley provided magisterial performances to lead No. 4 Santa Margarita to a 10-8 victory over Harvard Westlake, the No. 3 team in Los Angeles, on Monday.

Buchman accounted for half of the Eagles’ points with a four-goal, one-assist outing.  Meanwhile, Colley, a short-stick defensive midfielder, was getting it done on the other end of the field. He helped keep the ball in Santa Margarita sticks with nine ground balls.

With the regular season quickly winding down, both the Eagles and Wolverines came into the game looking for the signature win that has thus far eluded them this season. The Wolverines have shown they can play with the best, giving La Costa Canyon, Coronado and Loyola everything they can handle this month, but they came out on the losing end of a close decision each time.

The Eagles were in a similar situation and felt that the only that separated them from No. 2 Foothill in Saturday’s hard-fought loss to Foothill on Saturday.

With both sides having something to prove to themselves, the two teams were at each other’s throats from the opening faceoff, and the first quarter finished with the score even at 3-3. Santa Margarita was able to create some breathing room in the second quarter as they doubled their score to go up 6-4 at halftime.

In the second half, Harvard Westlake continued to nip at Santa Margaritas’s heels until the final horn. The Wolverines’ offense created several chances up top but many of their shots ended up glancing off the goals posts.

Seemingly, every time the Wolverines had momentum on their side, the Eagles’ had an answer with Buchman, Jack Allender (2g) and Tyler Wrightson (2g) sniping for them. The best goal of the night came in the third period when Buchman came trotting down the middle and whipped a shot behind his back and into the goal.

The Eagles’ defense, led by Colley’s nine ground balls, did well to put the clamps on Harvard Westlake in the final minutes.

Up next for Harvard Westlake (7-6) is St. Francis in its last Mission League game on Wednesday. Santa Margarita (8-5) still has four Trinity League games left with JSerra up next on Tuesday for senior night.