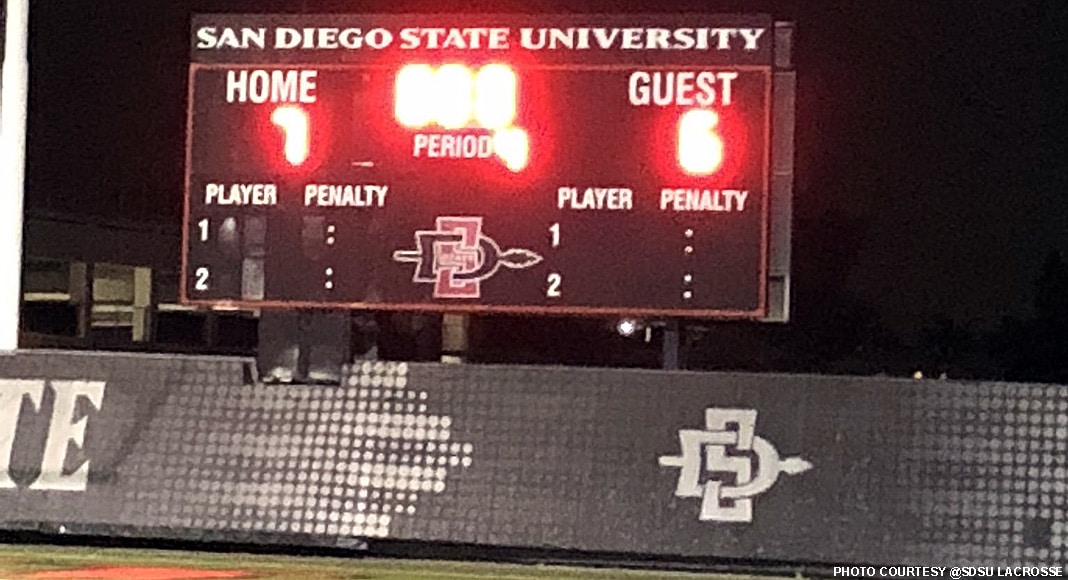 Kevin Leis scored four goals Saturday, and Cole Fergus (Foothill ’15) netted the game-winner with 59 seconds to play, lifting host San Diego State to a 7-6 victory over USC in the Aztecs’ season-opener in front of a crowd of more than 300 fans.

But San Diego State mounted a comeback, beginning when Leis scored his third of the game on an extra-man opportunity to make it 5-3 and Adrian Jefferies scored unassisted to pull the Aztecs within one heading to the fourth quarter.

Leis scored his fourth of the game to it midway through the fourth, but USC scored three minutes later to retake the lead at 6-5. After a time out, Aztecs midfielder Pat Green scored on a feed from Jefferies to pull SDSU even at the 3:15 mark. Fergus scored out of another time out to give the Aztecs their first lead of the game and the win.

In addition to Leis’s four goals, Jefferies (1g, 2a), Fergus (1g) Niko Vlassis (1a) and Will Myers (1a) tallied points. Goalie Steve O’Sullivan made five saves for SDSU, and face-off middie Owen Schnur (Santa Monica HS) went 6-of-13 in the win.

USC bounced back Sunday with an 11-5 win at USD to even its record at 2-2. Again the Trojans jumped to an early advantage, leading 4-1 after one quarter, and this time the built on it.