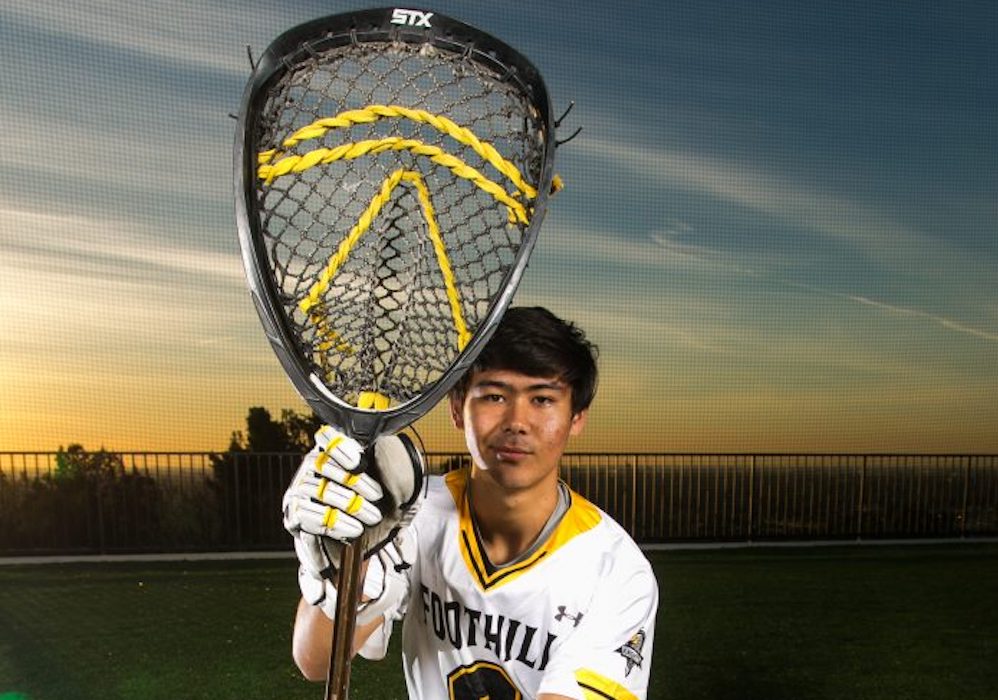 “The Foothill family is excited to see Austin continue his education and lacrosse career in the NCAA at Whittier College,” Fox said via email. “Austin follows the footsteps of 2010 CIF Champion FHS goalkeeper Nathan Kleponis, who had a solid career for the Poets. We’re excited for Austin and his family and look forward to continuing to be able to see him play live.”

Mann also considered Maryville University in St. Louis. The senior stopper wants to major in kinesiology when he moves on to college. The proximity of playing in Southern California became a key contributor in his decision to play for Whittier

“The reasons I chose Whittier included the small size of the school, the location, the great coaching staff there, and the academic scholarship I received,” Mann said. “I was mainly looking at many other small schools with lacrosse in a rising program in ‘SoCal’ was too good for me to ignore.”

Last season, the Knights’ goalkeeper put up solid numbers, including a .563 save percentage and a 7.0 goals allowed average in 38 games played as a junior. Mann credits his coaches at Foothill for his growing success between the pipes and during the recruiting process.

“I have been fortunate enough to have several goalie coaches who have helped me along the recruiting process and to have come from the great program at Foothill High School,” Mann said. “Anything that got me to play and get better, they did it.”

Fox credits Mann’s work ethic for getting him to where he is today.

“Austin is a fierce competitor and an extremely hard worker and those attributes will serve him well as he steps up to the college game,” Fox said via email.

The Poets finished last season with a 10-8 overall record.