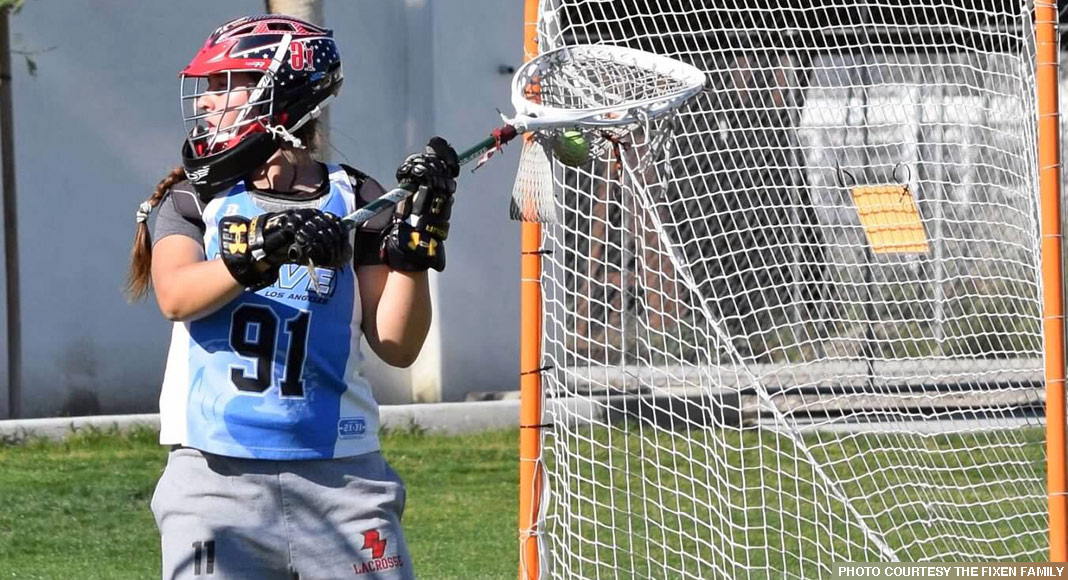 Goalie Aubrey Fixen knew early on she wanted to study aerospace engineering and to play lacrosse in college. When Embry-Riddle in Daytona Beach, Fla., announced in early 2016 it was adding women’s lacrosse, she had her target. Fixen, a junior at No. 3 Palos Verdes, has committed to attend and play lacrosse at Embry-Riddle beginning in 2020.

“Embry-Riddle was the right choice for me because it offered me the best academics and lacrosse,” Fixen said by email. “I’ve known for a while that I wanted to go into Aerospace engineering, and Embry-Riddle is the best university for that program. Also, I have always wanted to play college lacrosse, ever since I was young, so once Embry-Riddle formed a team, I knew it was the school for me.”

Named second-team All-Area as a sophomore last season and a member of the 2017 Los Angeles WDNT team following her freshman season, Aubrey Fixen said her mind was made up as soon as Embry-Riddle offered her a spot in its program.

“I didn’t have many other schools on my radar,” she said. “I was talking to Lehigh, as well, and was supposed to visit this month, but I ended up committing instead.”

The commitment decision enabled her to check off two goals — playing lacrosse at her top choice of college — she knows the achievements wouldn’t have been possible on her own.

“A lot of people contributed to me achieving my goal,” Aubrey Fixen said. “My main contributors were my family: My mom always kept me on track with my academics; my dad would help me train and try to improve my game (even though he never played lacrosse!); and my brother, who always believed in me. My club, high school, and goalie coaches who not only trained me but also helped me with my college search. My friends who supported me, stayed and worked with me after practices and answered questions about the recruiting process.”