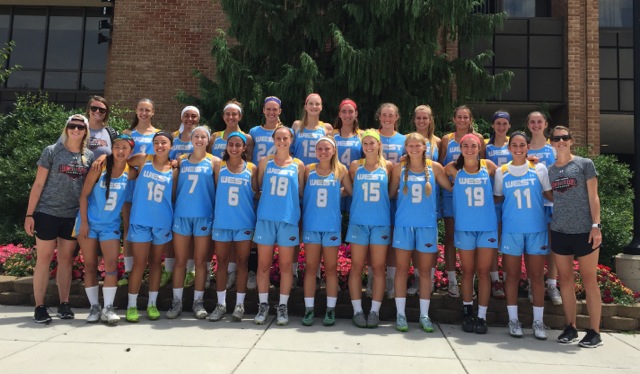 The West Highlight Team earned the first playoff victory ever for a team from the West when they defeated New England 8-7 on Sunday morning.  Their dreams for a national championship were dashed when they were defeated by Baltimore 10-6 in the quarterfinals.  Mackenzie  Wallevand (6 goals, 2 assists), Grace Houser (3 goals, 1 assist) and  Quinnlyn Mason (1 goal, 1 assist) all found the back of the net for the Command Team.  Sydney Payne played solid defense throughout the weekend but did not score.