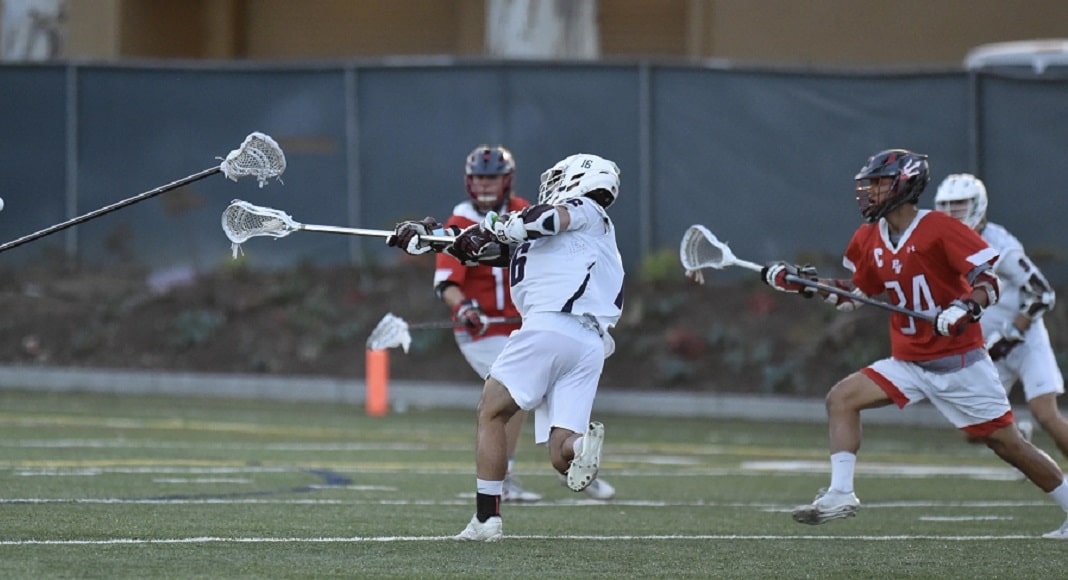 St. Margaret’s senior attack  Andy Shin has committed to study and play NCAA Division 3 lacrosse at the Massachusetts Institute of Technology. The senior captain was a huge part of the Tartan’s offense, and helped ignite the Tartans’ run to their third County championship when he went off for 9 points (6 goals, 3 assists) against Huntington Beach in the first round of this year’s playoffs.

“He is a very special young man. I have been coaching Andy since he was a young ‘Chumash’ player in 2008.  I can’t tell you how proud we are of him. He has grown into an outstanding attack-man and finisher for this year’s Orange County Championship team. He has started every game for the past two seasons,” Tartans coach Glen Miles said in an email.

“Andy has worked for Victory Lacrosse for the past two years doing odd jobs or as a young coach. He was one of our captain’s this season on a team where the captain’s ran the team. This is one of the simplest coaching jobs I have had due to the outstanding leadership on this team. We are very excited about Andy’s acceptance and plan to attend MIT in the fall. Obviously this is an incredible accomplishment academically and we are very very proud of Andy,” Miles said.

According to Shin, he was deferred from MIT in the regular admissions, but eventually was accepted in March. Shin said that he wanted to continue to play lacrosse on the Division lll level.

“I chose MIT because it presented me with the best opportunity to go somewhere that fit me academically. Throughout the college process, lacrosse was definitely a big component for me because I wanted to continue playing no matter what,” Shin said in an email.

Shin started playing lacrosse when he was seven years old when his father signed him up. Shin said that one thing he’s learned in his high school lacrosse journey is that sometimes working hard doesn’t always produce individual success right away. But often times, it pushes those around you to create team success.