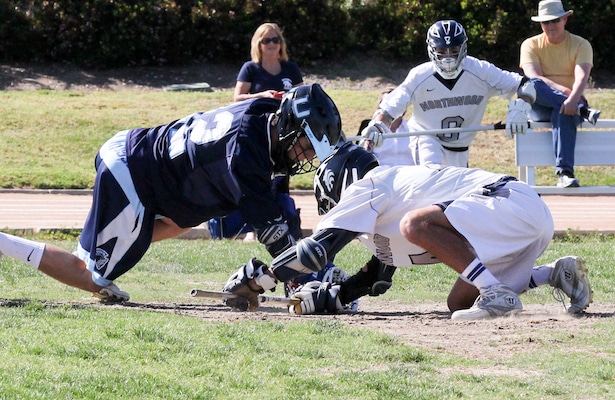 Northwood defeated University 12-5 on Monday to remain one game back behind Beckman in the Pacific Coast League Race.  Andrew Bauer (pictured above) sparked the Timberwolves, winning five of the six face-offs he took while notching two points (1g, 1a).  Northwood scored 4 goals in the second quarter after a 2-2 first to open up a lead and never looked back, only giving up 1 goal in the second half to hold off the Trojans for the W.

The PCL champion gets the added bonus of an automatic spot in the boys’ lacrosse playoffs.  The Timberwolves and Patriots each have three league games left including the season finale on April 28, when they play each other in what could be a winner takes all situation.

Next up:  Northwood plays Woodbridge on Wednesday.  University plays Sage Hill on Wednesday