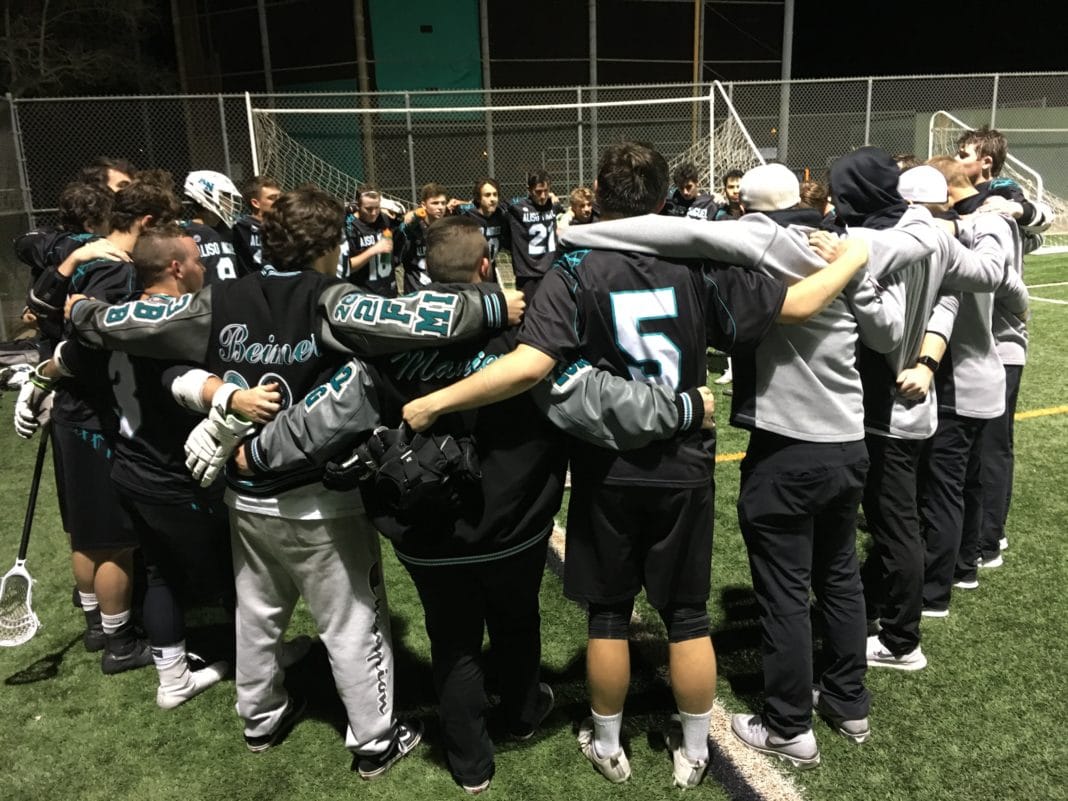 “I’m just so proud of our guys. I’m proud of Huntington Beach. That was a hard-fought game through and through. They’re an amazing team and I think we were so evenly matched coming into it and it proved so,” Aliso Niguel coach Zach Henderson said.

The Wolverines had to play from behind throughout most of the game. They trailed 3-1 in the second quarter, but managed to knot the game up at 3-3 before halftime.

Huntington Beach started the third quarter with the first two goals of the quarter. But just like in the first half, the Wolverines rallied, and eventually tied the game at 5-5.

“We could’ve easily given up down 3-1 or 5-3, but we have a very special group this year, and I had this feeling in my stomach that we would not let it slide. We came back, did what we needed to do and we could’ve went until midnight, it wouldn’t have mattered, we were going to finish the job and we did,” Henderson said.

The game was tied at 6-6 with 1:45 in the third quarter when the Oilers were whistled for a personal foul resulting in a two minute unreleasable penalty. Because the Oilers were still serving time for a prior bench misconduct, they played the final 1:45 of the third quarter with two men down. The Oilers man-down defense was up to the the task, and held the Wolverines scoreless during the deficit.

Neither team scored in the fourth quarter, and thus overtime was needed.

Neither team scored in the first overtime period.  Aliso Niguel kept getting good looks at the net, but they either missed the mark or were stymied by Huntington Beach goalie Grady Mercier.

Max Horowitz eventually found Poremba with less than two minutes to go in the second overtime, and Poremba put an end to the game.

After the game, Wolverines stormed the field and left with smiles on their faces.

The Wolverines were led by Nick Braico who had three goals while Shane Styskal had two goals and an assist. Poremba and Bryce Manier had one goal apiece while Will Mankin made seven saves.

For the Oilers, Donnie Schulte led the Oilers with three goals while Michael Goodheart, Jacob Chance and Zach Varalyal had one goal apiece. Mercier had 10 saves for the Oilers, which marked the second straight game he’s recorded double-digits.

“Our offense just didn’t capitalize. Each possession [in overtime] is literally the possession to score. Because we got to cherish that ball and in overtime, the next goal wins. We had about three opportunities to put it in the net,” Huntington Beach coach Michael Lacy said.