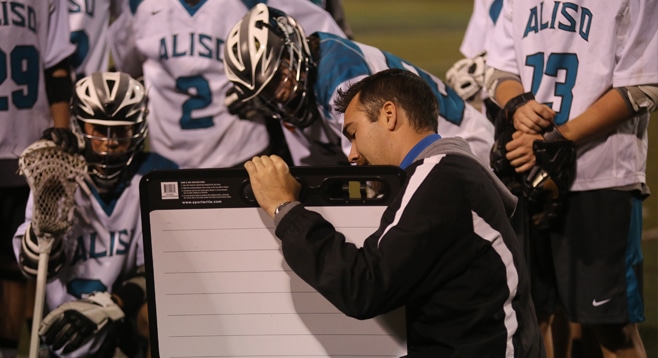 With the same recipe for what has been working lately, the scoring was spread around with MaxLaxOC.com Player of the Week attack Jonah Rinaldi adding to his hat collection and sophomore Jake Lombardo registering his first hat trick of his varsity career.

Esperanza was able to do what the last two opponents of the Wolverines has not, test the goalie. Junior Austin Stahl saw more action than he did all of last week and was able to demonstrate his worth, recording 10 saves.

Aliso Niguel is on a seven-game win streak after starting the season off with a tough overtime loss to El Toro.

When asked about how he feels about how his team has been performing, coach Pat Jenkins had this to say, “Honestly I thought we would be good, but the team is playing even better team ball than expected- especially in the last week or so. ”

This seems to be the general consensus from opposing coaches and unbiased observers. All seem to be impressed with the athleticism of the team. Much of that has to be contributed to the off season workouts the program implemented this year.