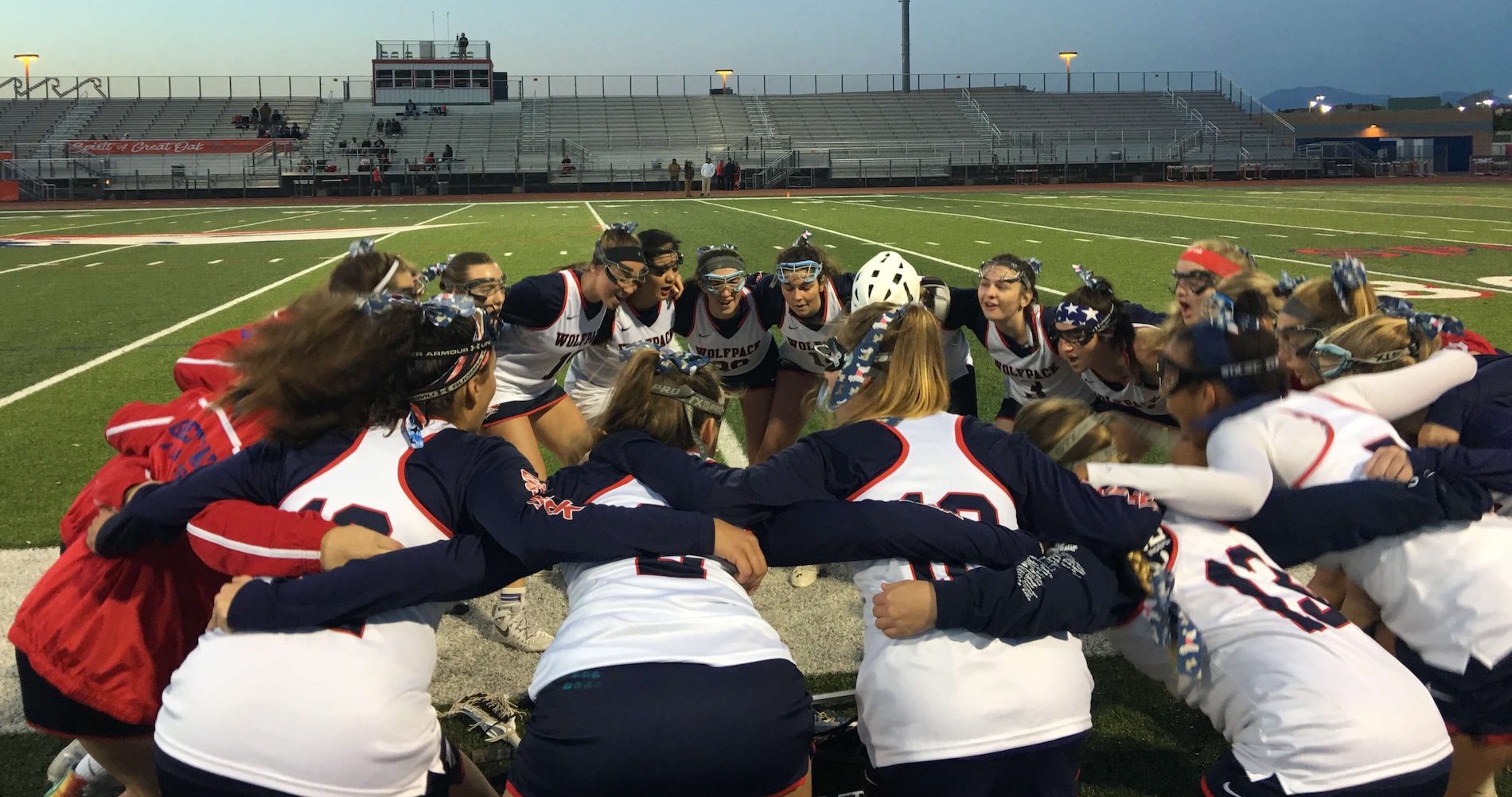 The Great Oak girls’ lacrosse team will have a new yet familiar face patrolling the sidelines this season. With 12 years of varsity soccer coaching at Great Oak under her belt, Alicia Brennan has accepted her first lacrosse coaching assignment and is the new head coach of the Wolfpack.

When the HC position opened after last season, Brennan began to think that her years of on-campus coaching experience might be the right fit for a tight-knit, experienced team looking for some leadership.  Brennan’s oldest daughter Emma, a four-year varsity player, is a senior on the team and that gave Brennan firsthand knowledge of the potential in a senior class that has played together since they were little.

“My experience in lacrosse is simply being a parent,” Brennan explained by email, “but when I heard the lax coach would be stepping down, I met with our AD (Herschel Ramirez). With my daughter being a senior and since I have been watching the group of girls play together since they were little, I was excited about the prospect of what this team could be.”

Once Ramirez gave his thumbs up, Brennan went to work building a staff of assistants with lacrosse playing experience and knowledge to supplement her own skill set. Wolfpack pride runs deep in Temecula and Brennan did not have to look far for her staff.

With so much accomplished in just a few months and the season seemingly right around the corner, Brennan and her staff are ready to put their plan into action and make for a special season.

“My goal is to create a sustainable staff, that works wells together and supports our athletes reach their individual and team goals,’ Brennan said.

“We have all levels of athletes coming out and having four coaches ensures that girls are receiving instruction for their ability. As the season progresses, we will, as a team/program, come up with a sort of mission statement. But ultimately, I want these girls to be challenged and build upon their success while having a great time and continuing their love of the game.”